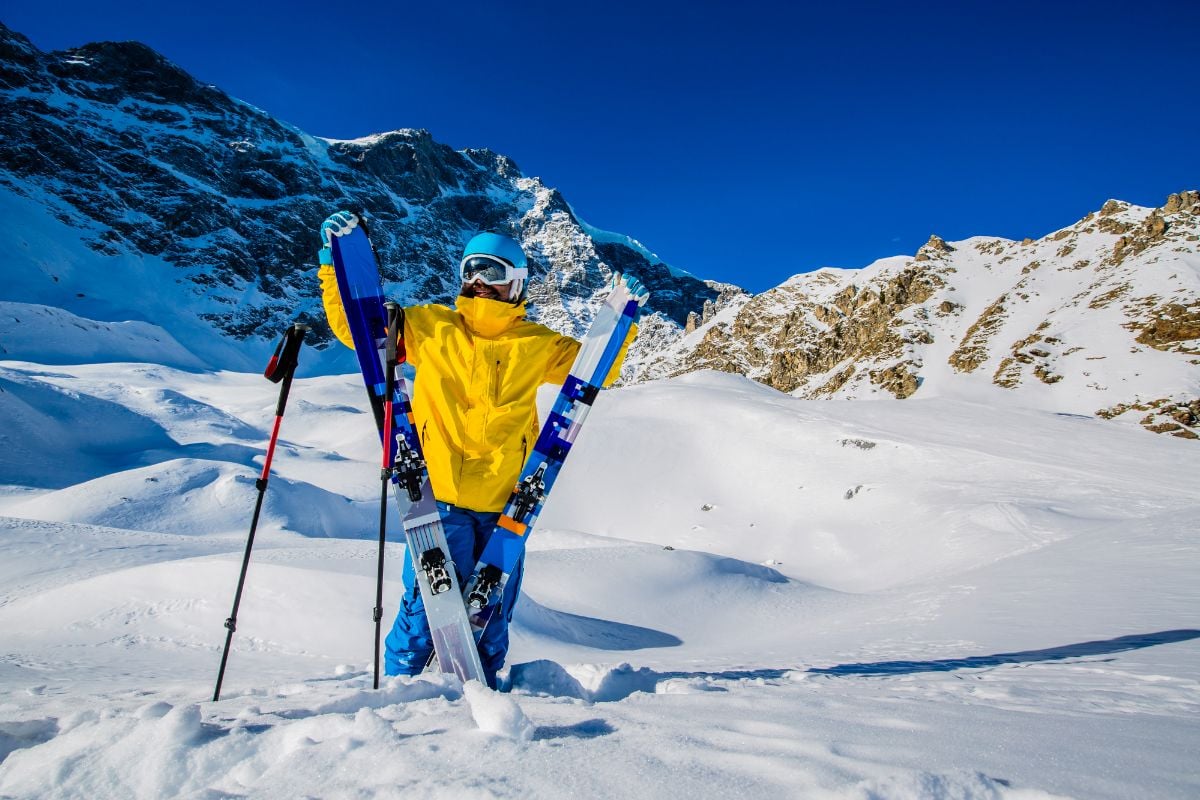 As a skier, I can tell you that getting up those backcountry slopes is way easier for us than for our snowboarding buddies. Well, those who are more on the fit side, tend to keep up.

Splitboarding in the backcountry is the fastest and most efficient method for snowboarders to get about. Splitboards are faster than snowshoes in getting you to the peak and provide you with more energy for the descent.

Splitboards, on the other hand, are typically slower than skiers while traversing the wilderness. When we’re out in the mountains, we splitboarding or go snowshoeing a lot. Some of my friends can keep up better with skis, while others are slower on a splitboard.

What is Ski Touring? 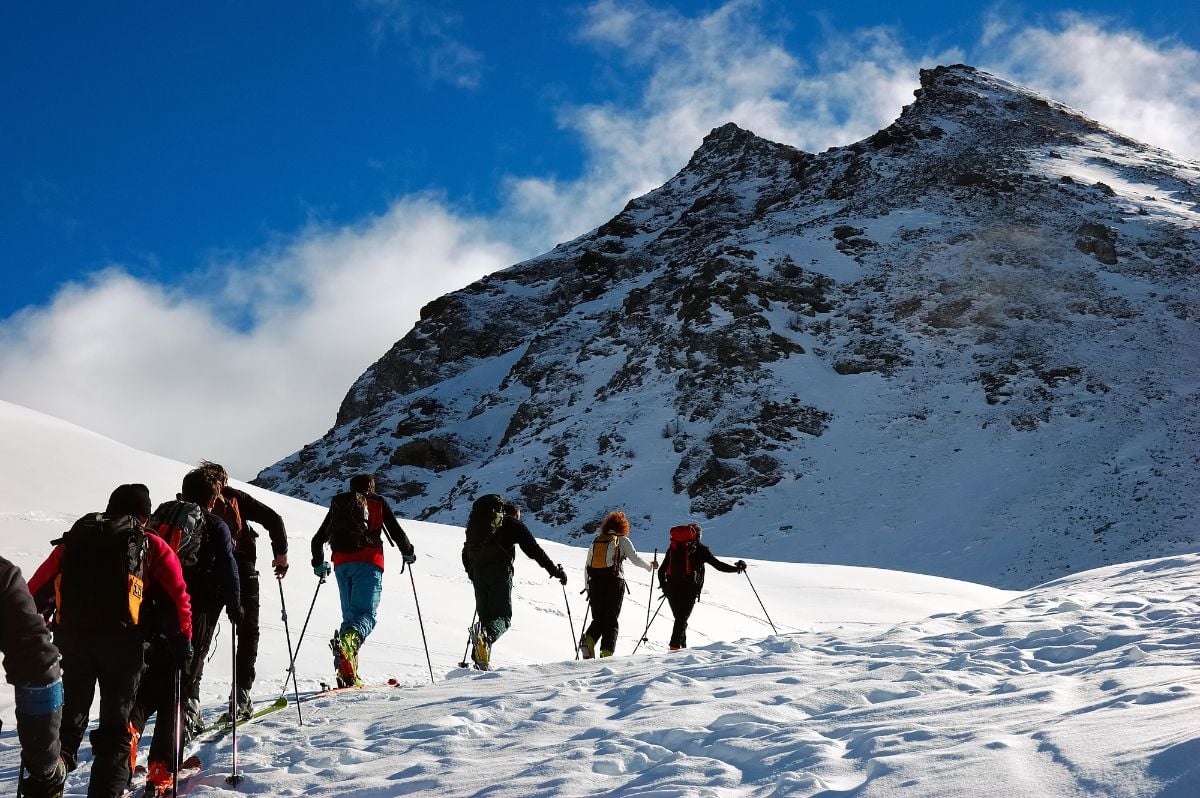 Skiing in the unmarked or unmonitored backcountry is known as “ski touring.” Touring is an off-piste skiing experience that takes place outside of a ski resort and can last for several days.

It’s a form of backcountry skiing that doesn’t require a lift or transportation. In addition to Telemark and randonnée, the ski touring sub-discipline incorporates characteristics of Nordic as well as alpine skiing.

Heel freedom is a defining trait, meaning the skier’s heel is untethered from the skis so that the skier may glide naturally over any terrain, whether it’s perfectly flat or excessively steep.

New snow seekers, alpinists, and skiers who want to bypass the exorbitant costs of typical alpine resort skiing have all turned to ski touring.

Touring necessitates the ability to navigate on one’s own and may necessitate traversing avalanche terrain. It’s a lot like hiking or backcountry camping.

Ski mountaineering is a type of ski touring that incorporates mountaineering and a variety of skiing disciplines, such as Telemark, alpine, and backcountry. 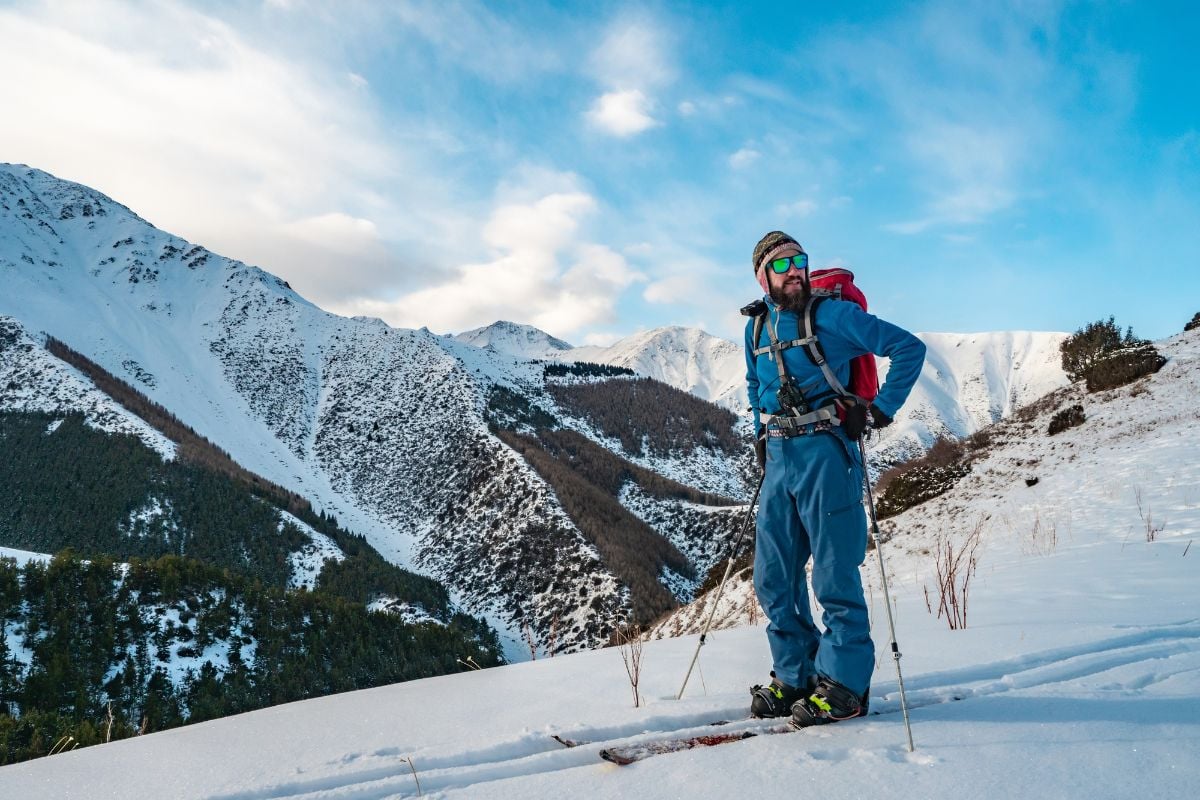 With the addition of a removable binding component that allows for unfettered heel swing on ascents, you can utilize Alpine skiing gears for ski touring.

Nordic skis can be narrow and edgeless cross-country kinds for groomed routes or excellent snow conditions, paired with shoes that look like low boots or soft shoes at the lighter, simpler end of the scale.

Traditional Nordic equipment is heavier than in Backcountry Nordic, however, not as hefty as a Telemark setup.

In terms of Nordic skiing equipment, Telemark skis are heavier and built for use in steep backcountry landscapes or on the snow at a resort.

Ascending and descending steep terrain necessitates the use of randonnée or

Alpine Touring (AT) gears have a unique alpine binding that lets your heel elevate for convenience in ascending yet locked down for full support while skiing downward. 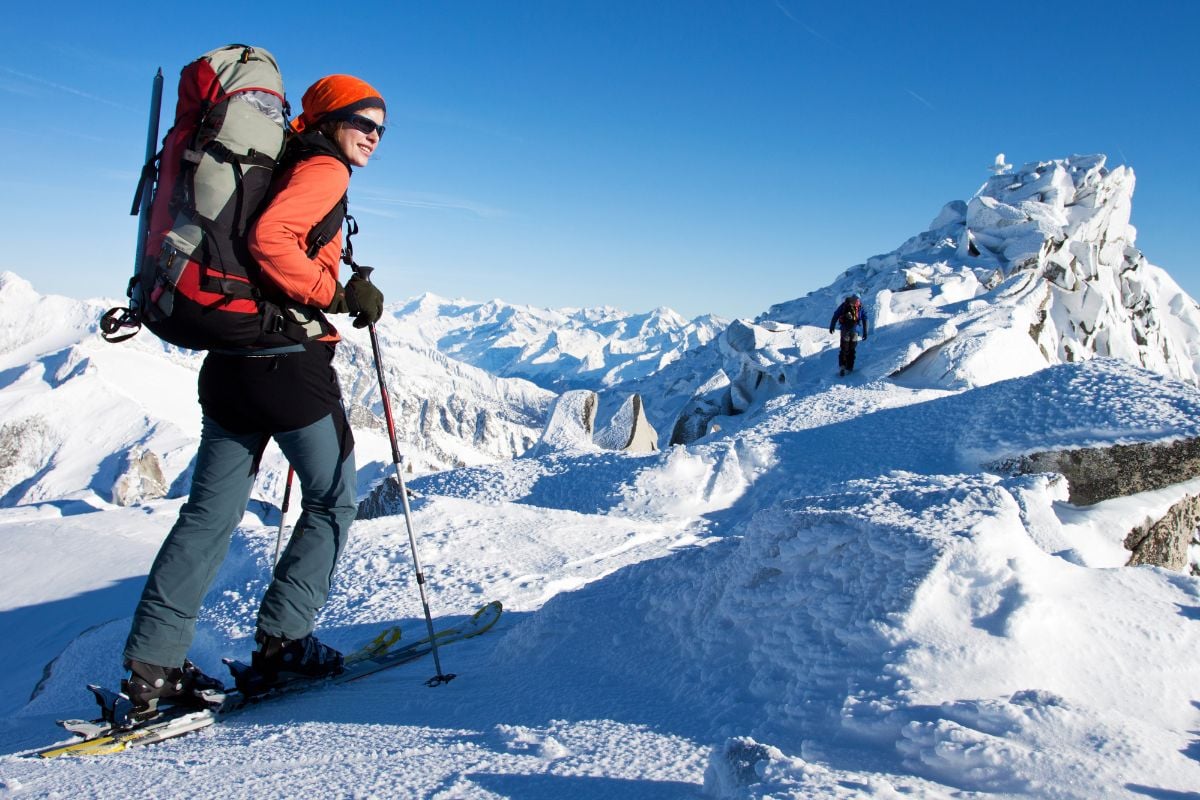 Unlike telemark or alpine touring skis, you can disassemble split boards into two ski-like sections utilized with climbing skins to ascend slopes. For ski mode, splitboards have an additional metal edge down the middle of the board.

It will also have touring mounts, split hooks, and nose and tail clips, unlike typical snowboards. Splitboarding is like cross-country skiing in that the heel may move freely, and the skis have skins attached to the bottom to offer grip uphill.

Once the two halves are linked, a standard snowboard can be used for the descent. Getting into the backcountry on less-traveled, less-maintained tracks is a common tenet of the splitboarding lifestyle. 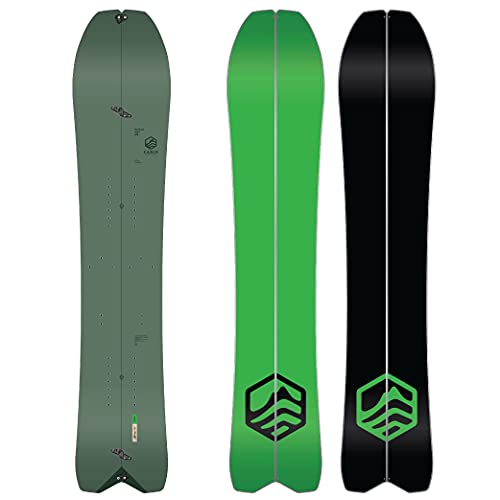 Diverse splitboarding firms have sprung up in recent decades, including Jones Snowboards, D Bindings, Spark R, and Karakoram splitboard bindings. These three firms have transformed snowboarding plus developed an inexpensive splitboarding market, which has led to a rise in the sport’s involvement.

It was Voile’s early track system binding that was the forerunner to today’s modern-style split specialized binding and puck systems. Since 2006, lighter metals and polymers have been used in binding methods, resulting in a split board binding that is more sensitive and long-lasting.

In addition, there are more splitboard options than ever before, ranging from hybrid camber to powder forms, as well as women’s and children’s models.

Splitboarding vs. Ski Touring in the Backcountry 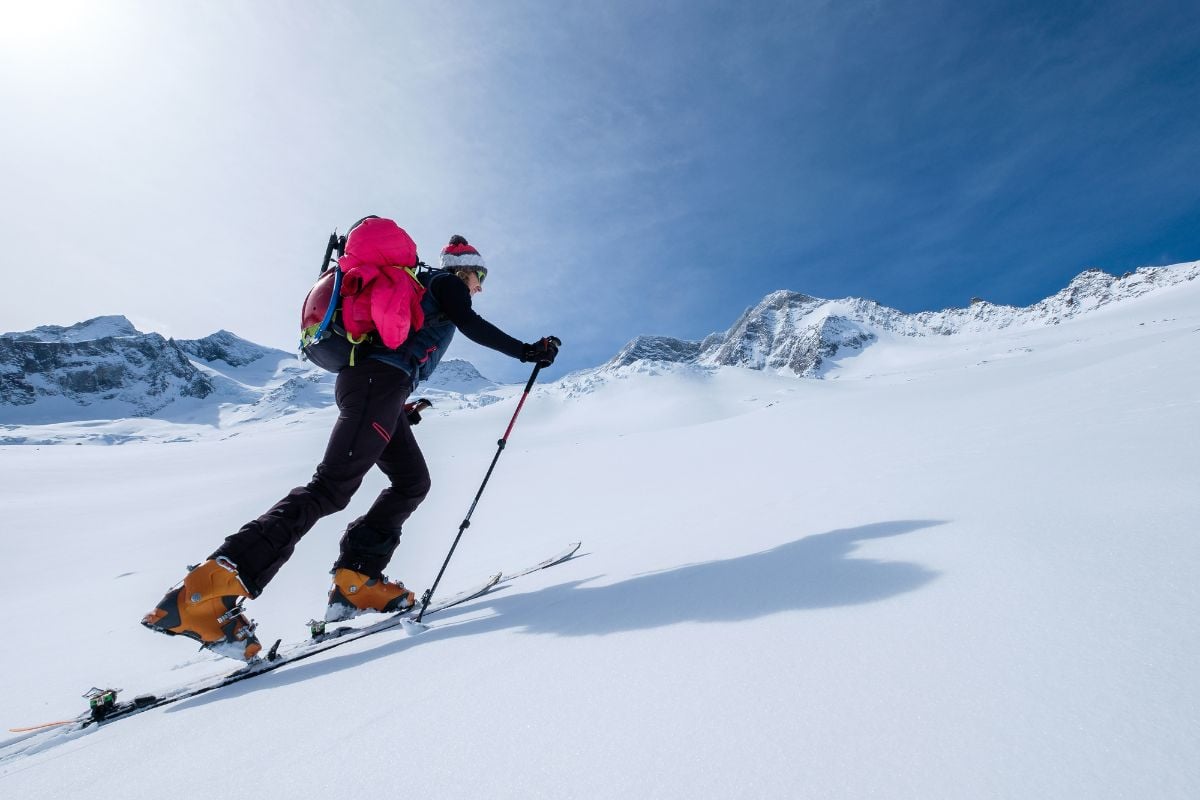 Splitboards and skis are nearly indistinguishable when ascending the fall line. Just because the splitboard skins are broader than ski skins doesn’t mean they’re any more difficult to slide on. However, I don’t think this will have much of an impact.

The steeper the slope, the more difficult it becomes. Criss-cross traversing is necessary on steeper slopes since there is a limit to how steep you can ascend. This means that you must use the inside edge of your split board skis to cling to the snow.

See also  Can You Go Skiing Without Lessons?

It’s your snowboard boots that are causing the issue; ski boots feature a thick plastic shell that provides all the support your foot needs to keep the ski edge firmly planted in the snowy terrain. To keep an edge while traversing, splitboard boots can help. They have extra reinforcements on the sides of the boots to help you keep your balance.

On the other hand, snowboard boots offer minimal support, requiring you to exert significant effort to maintain your balance and keep your skis’ edges firmly planted in the snow. As a result, you may notice that with each step forward, you slip an inch or two to the left or right down the mountainside.

When it comes to fresh snow, splitboards are just as good as standard snowboards in terms of performance. Snowboarders, in my experience, are usually faster in powder than skiers of comparable ability. 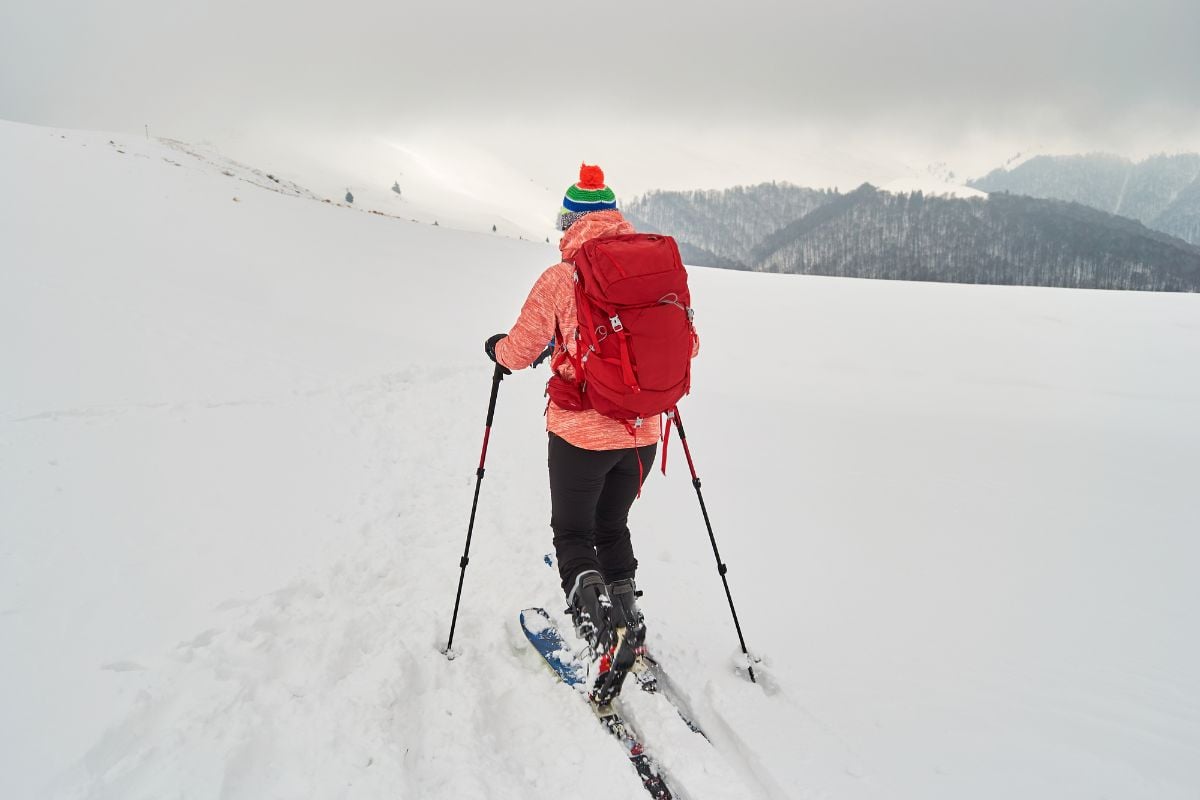 A climber’s speed is heavily influenced by the weight of their gear. While the weight of a splitboard setup is mostly constant, the weight of a ski touring gear can fluctuate greatly. Even the fittest split boarders will have difficulty keeping up with some of the ultralight touring skis on the market.

Nevertheless, this style of the thin, light ski isn’t great for skiing in the powder and is better suited for backcountry climbing and transport.

We can safely presume that the ski setup of your ski mates is, at a minimum, as weighty as your splitboard if we think both you and your skiing companions are traveling to discover fresh powder.

Skinning up hardpack snow on a splitboard can be quite difficult. This is common in the spring when the snow remains hardened from the evening before and you’d like to get out the door early. As a result, planning your day’s skiing around the snow conditions is a wise move.

Splitboard crampons are an excellent idea to have on hand just in case the ice can’t be avoided. 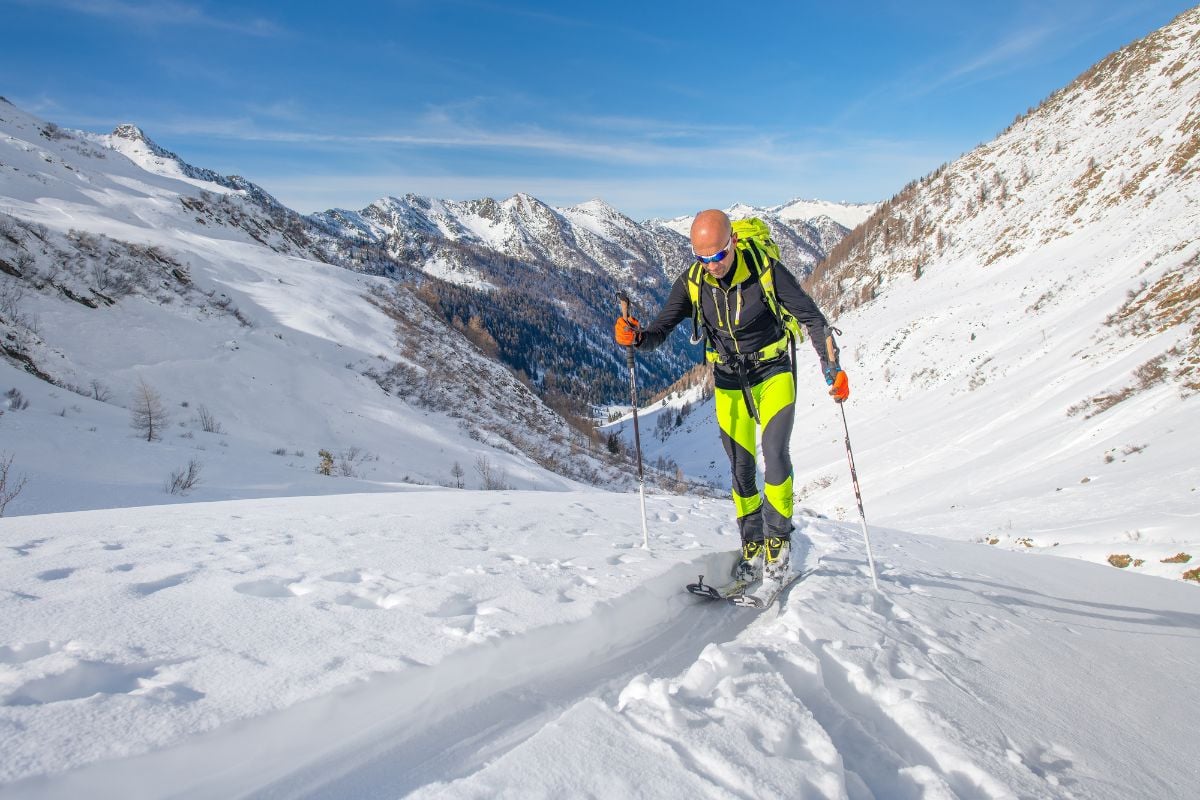 There are both pros and downsides to skiing through deep powder on a splitboard. Deep snow creates a buffer beneath your board, which addresses the issue of losing edge grip.

Because one splitboard ski is wider than the other, you wind up with lots of dense snow on top of your skis. This can be a lot of labor and necessitate that you kick off some of the surplus snow regularly.

As with ski touring, you’ll need the same layered process for splitboarding, however, your snowboard, as well as boots, will look much different. When snowboarding uphill, splitboards will be used, which are boards that can be broken in half and used as skis.

Splitboards come with their unique skins, which are frequently purchased in conjunction with the splitboard itself. A similarity between split board bindings and ski-touring bindings can be seen in the fact that you must raise your heel to walk uphill.

With split board bindings, you may switch between climbing uphill in front-facing bindings as well as descending in standard snowboard bindings by just twisting the bindings. Collapsible poles are essential for skinning up and storing in your backpack when you’re snowboarding down!