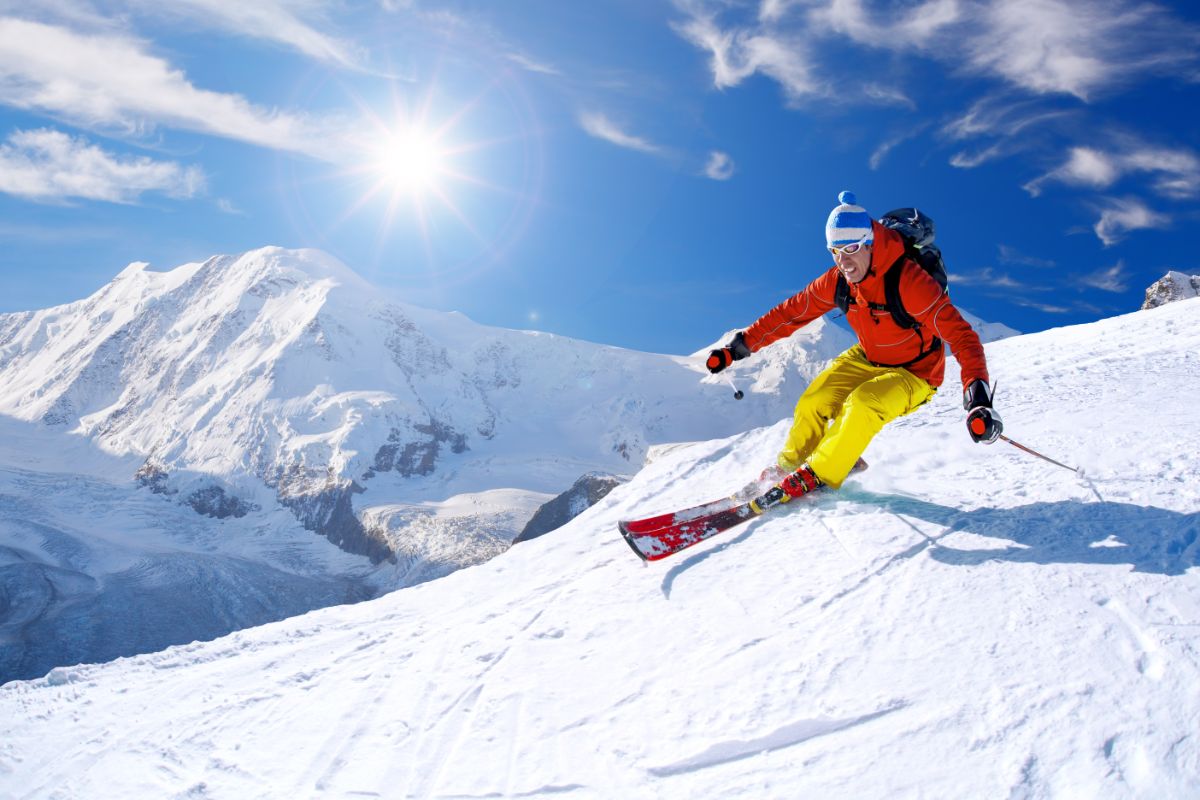 Skiing has long been a favorite of people living in colder climates and snow-covered mountains. Although it began as a transportation and hunting method, various forms of snow skiing now define a large part of the Winter Olympics.

Snow skiing can be traced back thousands of years, with cave drawings in central Asia estimated to reach the last ice age! However, the origins of modern skiing are typically rooted in Scandinavia sometime in the middle ages.

There are two types of snow skiing –

Alpine Skiing – Alpine skiing is characterized by downhill motion and includes several types. Alpine skiing made debuted at the Winter Olympics in 1936, which coincidentally was the year the chair lift was invented in Sun Valley, Idaho. 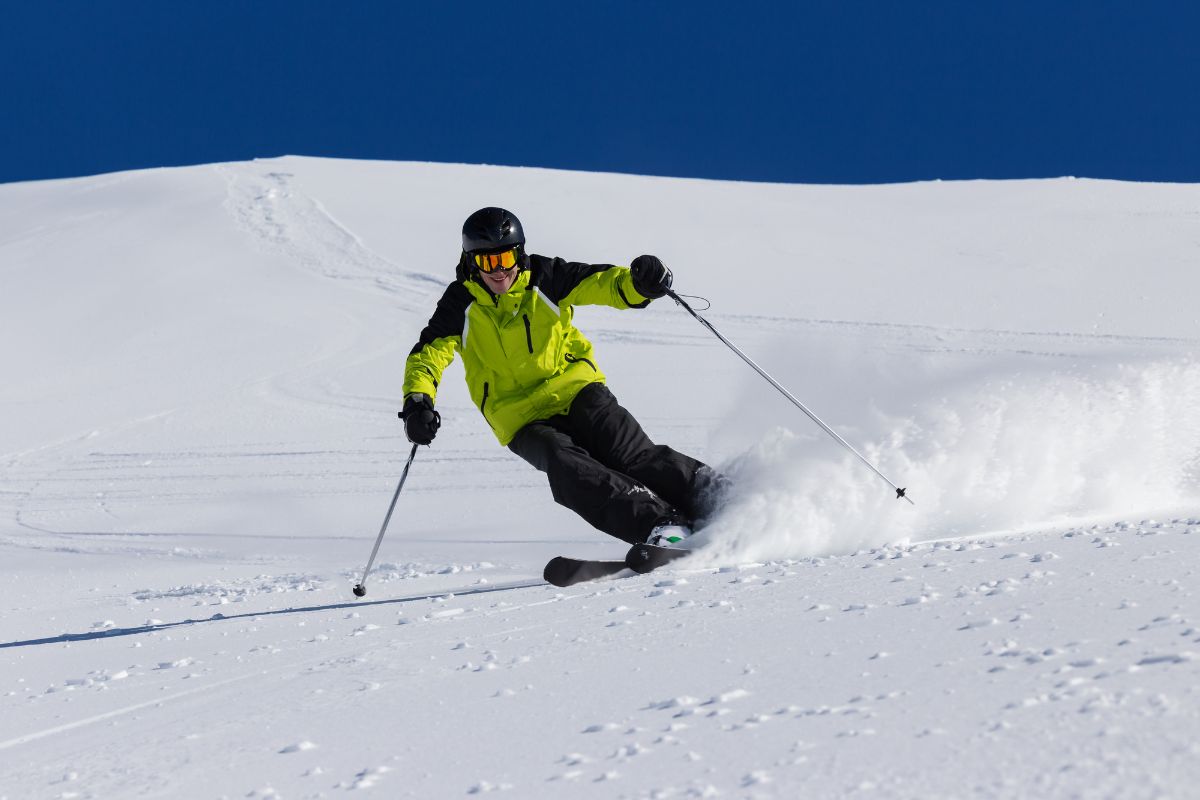 Downhill skiers travel at the fastest speeds of all Alpine Skiing styles. A downhill race is designed to test a skier’s ability to travel and maintain breakneck speed – without losing control.

The downhill racecourse is the longest of all Alpine events, with the fewest turns. Limited turns allow for skiers to build speed because a need to turn (or control the skis) –ultimately slows the skier.

In 2019, Ivan Origone set the record on a French slope for the fastest skier ever– reaching a mind-blowing 158.4 MPH.

“Origone accelerated so fast that he actually beat the off-the-line speed of a Formula One car, reaching 125 miles per hour in just 5.5 seconds.”

As one would expect, downhill skiers wear skin-tight suits (which reduces drag) to maximize speed. They wear helmets and safety equipment to help protect against injury should a skiing mishap occur.

Their preferred stance is the aerodynamic tuck to maximize speed. The poles used by downhill racers are curved and shaped to fit their body – to help them maintain a tight tucked position and optimal speed.

International championship events for men have a course that runs anywhere from 1.5 to 3 miles – including a minimum vertical descent of 3,280 feet or 1,000 meters – women’s courses are a bit shorter and have less of a vertical drop.

Downhill races provide racers with only one run to decide the champion. Note – downhill racers can inspect the run prior to the race and have the option of unlimited practice runs. 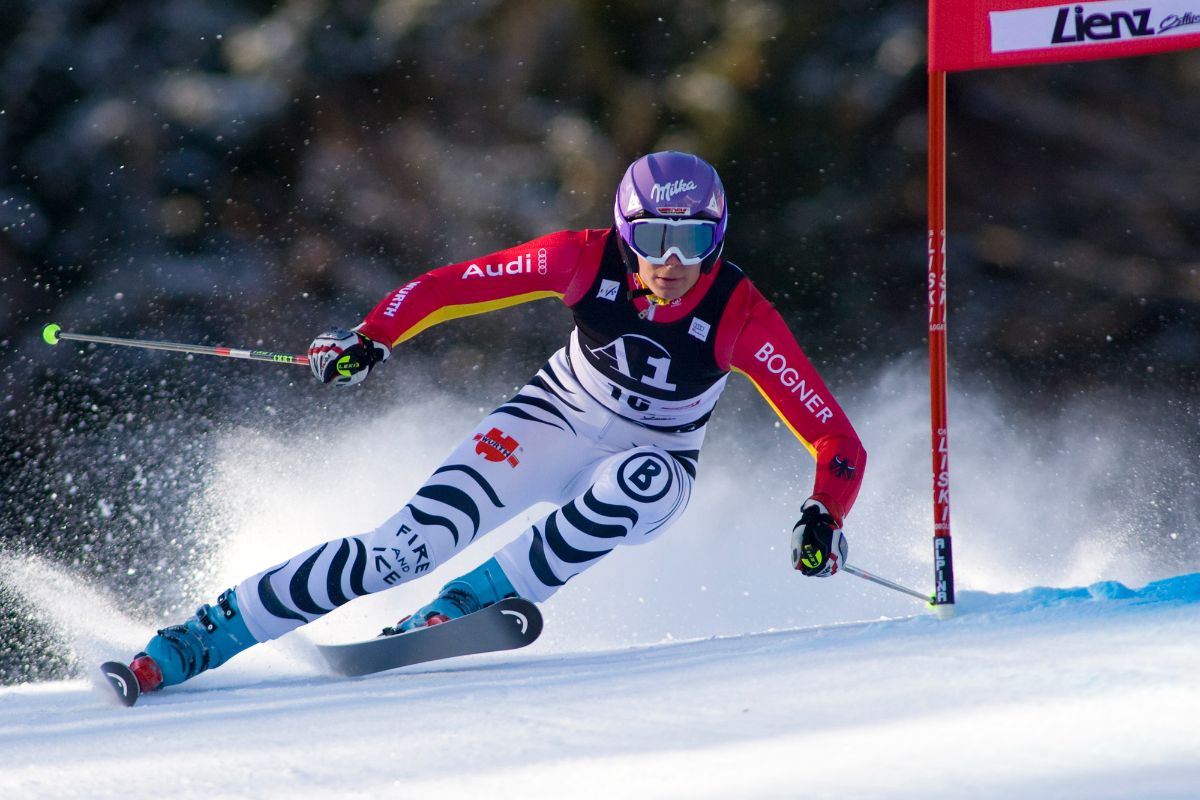 Slalom courses are designed to test an athlete’s technical ability as an expert skier. The racer’s objective is to travel with the tip of both skis through the distance between two poles that define the gate.

Each course is designed with a series of gates (that alternate color to help guide the skier at great speeds) that can be configured to create varying degrees of difficulty. While women are required to negotiate 40 to 60 gates, men must navigate 55 to 75 gates. The vertical drop on a slalom skiing course for men ranges from 180 to 220 meters.

Ski lengths vary among slalom skiers(for many reasons); they must be a minimum of 155 centimeters for women and 165 centimeters for men. Slalom requires precision and technique, but skiers are still moving quite fast. The skis are stiff, which helps cut the snow on each turn. Slalom riders wear protective gear too.

Slalom races made their first appearance in the Olympics in 1948 in Switzerland. These have the shortest course lengths but the fastest required ski turns.

Skiers are given two runs, with the winner being decided by a combination of the two runs. If a skier misses a gate (which varies in size and placement on every course) on either run, they are disqualified from the event. 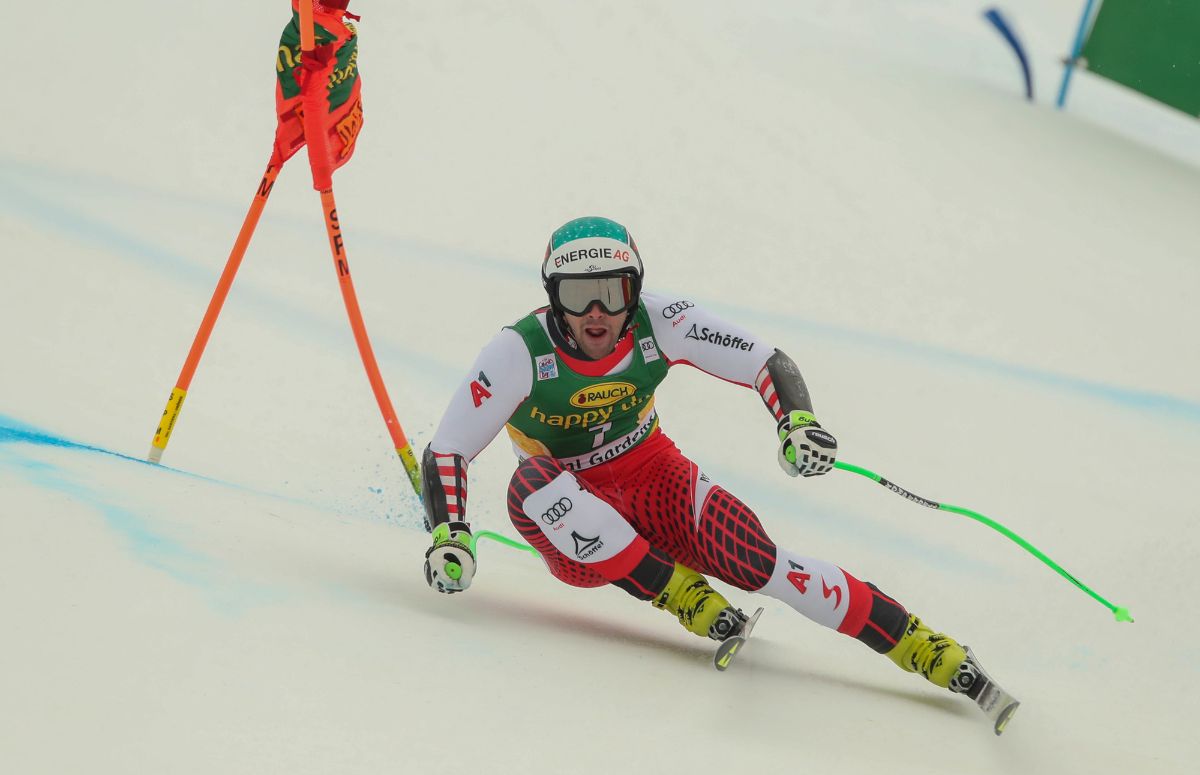 In Super-G, which is commonly known as Super Giant Slalom, racers ski at high speeds but not as fast as downhill skiers. Another difference is that the gates for the Super-G are further apart than the downhill course gates.

Super-G skiing tests a skier’s ability to successfully negotiate the elements of giant slalom as well as downhill skiing. Super-G courses are shorter than a downhill course and require more held-tucks and turns.

Super-G has been a part of the Winter Olympics since 1988, which followed its initial debut five years earlier at the World Cup.

Super-G, like downhill, is a speed alpine skiing event. Each run is a timed run, and only one run is allowed. Super-G courses usually are the same or similar to downhill runs. But Super-G starts lower down the mountain than downhill ski racers.

See also  We Just Spent a Week at First Tracks Lodge in Creekside, Whistler and this is What You Need to Know

Super-G competitions are conducted in rounds – with eliminations after each round based on each skier’s timed run. This continues until the final medal round. A missed gate, which performs more like an obstacle, is grounds for disqualification.  The course includes hidden speed bumps as well.

Note – Super-G tracks can be inspected only on the day of the race. Skiers are given 90 minutes to inspect the course to prepare for the race.

The following are various versions of skis with different dimensions and shapes to meet the specific needs of the more average skier.

The overall general rule is that skis must match or align with the height and weight of the skier.

These are a great choice for an average skier and perform relatively well in most skiing styles. All-around skis are not designed to excel at any one style but offer a skier a chance to use them in varying conditions and terrain.

See also  31 Things to Do in Whistler in Winter 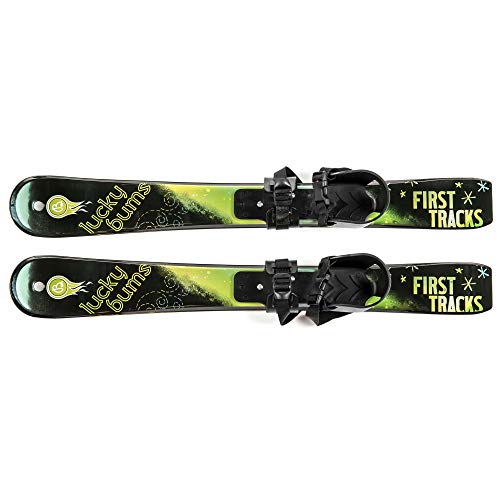 Beginner skis are a bit more flexible and shorter, and lighter. Their shorter length makes it easier to turn for those who are new to the sport. The flexibility allows novice skiers to recover from their mistakes. The edges tend to be duller because it prevents the beginner from digging into the snow aggressively. 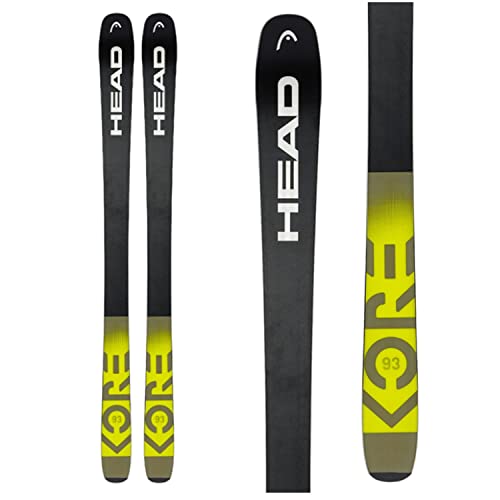 Freestyle skis are designed to be used in a snow park – an area that is specifically constructed with boxes, rails, jumps, and half-pipes for snowboarders and freestyle skiers. Freestyle skis generally have large tips at each end of the ski.

This allows for ease of the freestyling skier to move backward as easily as going forward.

As expected, freestyle skis are short and lightweight, which are perfect for tricks and spins and anything else you may dare yourself to do. Freestyle skis are also manufactured to be flexible, which offers great forgiveness in a misjudged landing.

Powder skis are manufactured for what is known as off-piste skiing. The powder ski is wider and longer, which creates a larger footprint or base. This larger base helps skiers float on the surface of soft snow.

Powder skis tend to be flexible, which allows for short turns – although the amount of flexibility will vary from manufacturer to manufacturer. Modern powder skis also offer rocker camber design for certain conditions.

Skiing is among the most thrilling sports to watch. For technical skills, the slalom run offers the greatest test. The downhill and Super-G are tests of speed. All the alpine events are testaments to courage and determination.

Skiing can also be tons of fun if done safely and with the right equipment. Equipment has come a long way since my days on the bunny hill but is still just two slats upon which you stand – with a pair of poles that can be used to turn or balance – or as a stand to dry the inside of your wet glove.