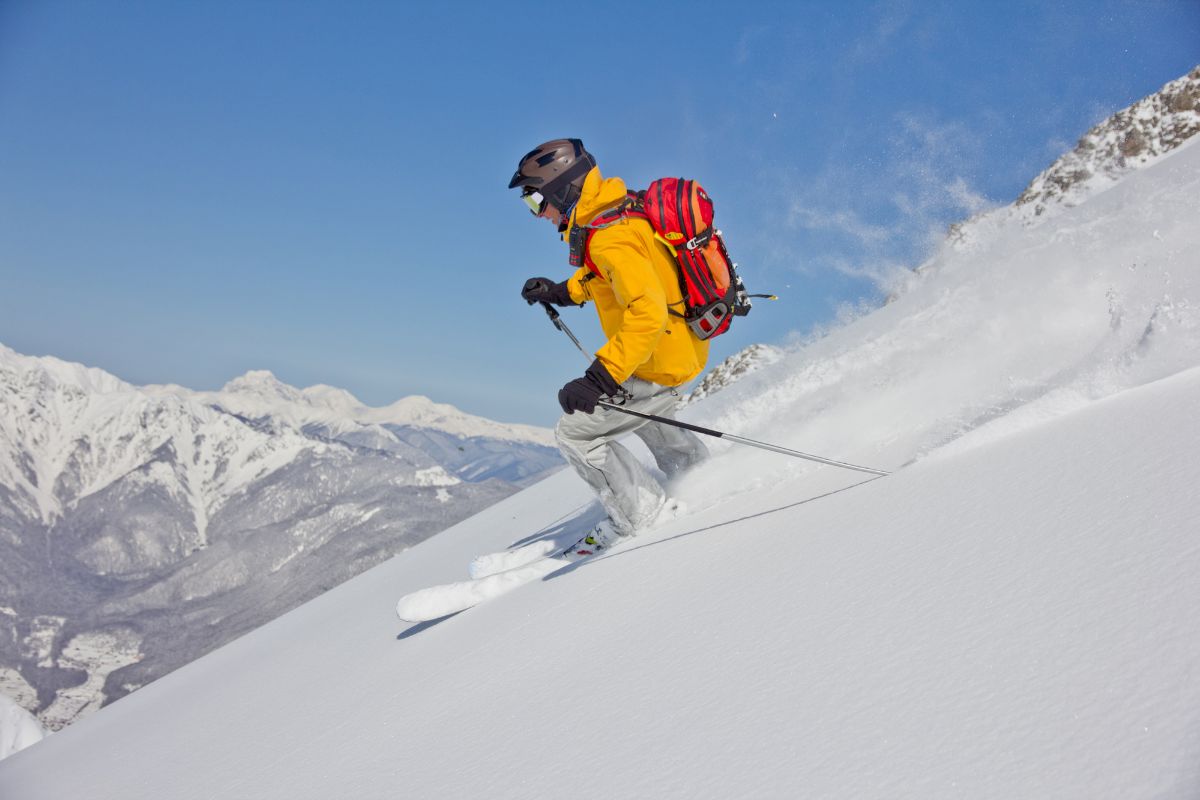 The following is a comparison of these two popular forms of motorized skiing, so you can determine which is better for your next winter (or beyond) holiday once you’ve tried powder skiing at your local ski resort.

Cat and Heli-Skiing are Known as Mechanized Skiing

Snowcats and helicopters are used to transport skiers and snowboarders to secluded slopes in the wilderness area, where thick powder, scenic views, as well as land features that are not discovered on the piste can be encountered.

What is Cat Skiing? 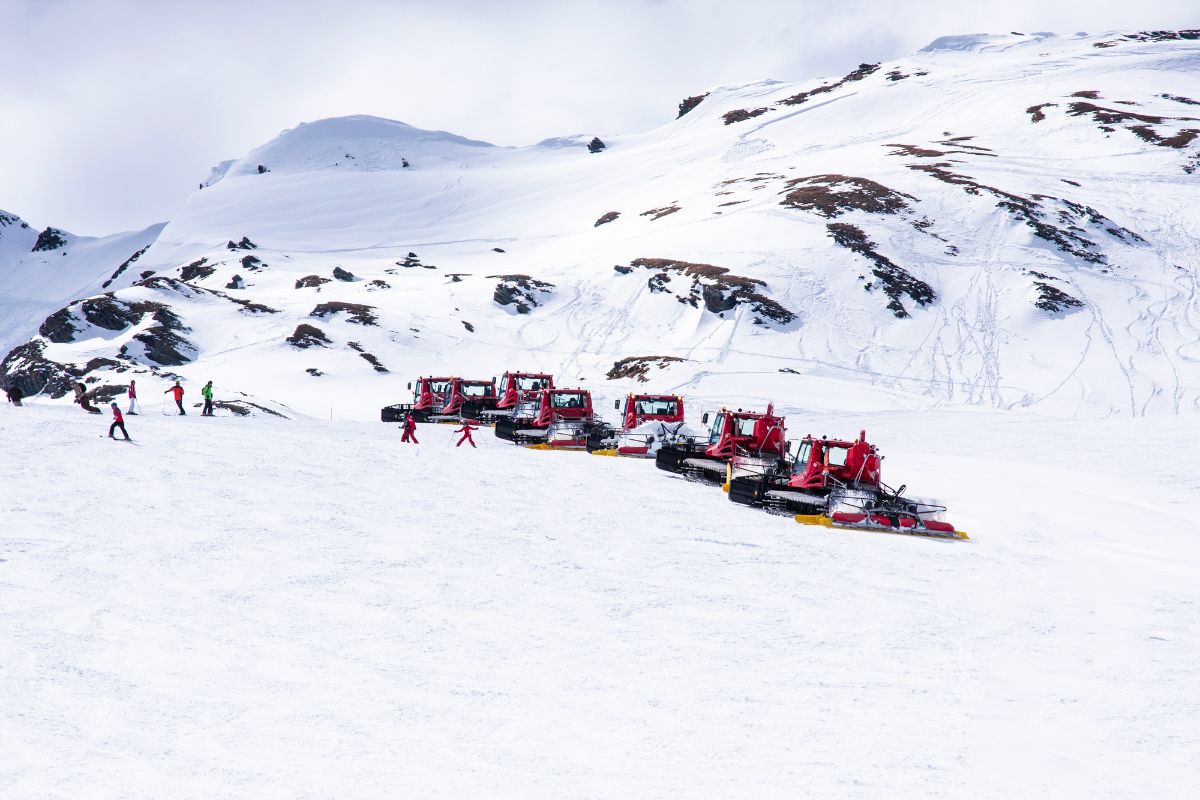 Skiing in the wilderness with a guide is known as “cat skiing.” Instead of ascending the hill by helicopter, chairlift, or foot, skiers use a snowcat, a maintenance vehicle with a cabin installed in the rear.

In some of the world’s most famous ski resorts, skiers are accompanied by guides, while cats trail after, waiting to swoop in and carry them to the next run. Since cat skiing outfits in the backcountry can access such vast tracts of territory, there’s a good possibility you’ll get to ski in virgin powder.

Cat skiing is a great way to dodge the crowds of people on the slopes. To get to the first lift, you’re usually required to speed down a few runs elbowing your way past the newbies, and this is how most ski slopes operate. Pristine tracks are often not guaranteed at ski resorts, even on a day when the snow is deep and fluffy.

Compared to the number of nice snow turns you get for your money, cat skiing may be more expensive than a lift ticket.

If you try to avoid the throng by sneaking underneath the ropes, your lift card will get confiscated or you might become confused and end up away from the nearest lifts.

To be able to go ski touring, you need to be physically healthy and resilient.

Uptime/downtime is severely skewed in the incorrect direction. In the backcountry, you must be prepared to survive on your own, and avalanches and other safety gear vary.

Cat skiing allows you to rely on the expertise of many guides and communication equipment. Cat skiing is a supervised activity, so there’s no need to worry about getting lost.

Is Cat Skiing a Great Alternative to Heli-Skiing? 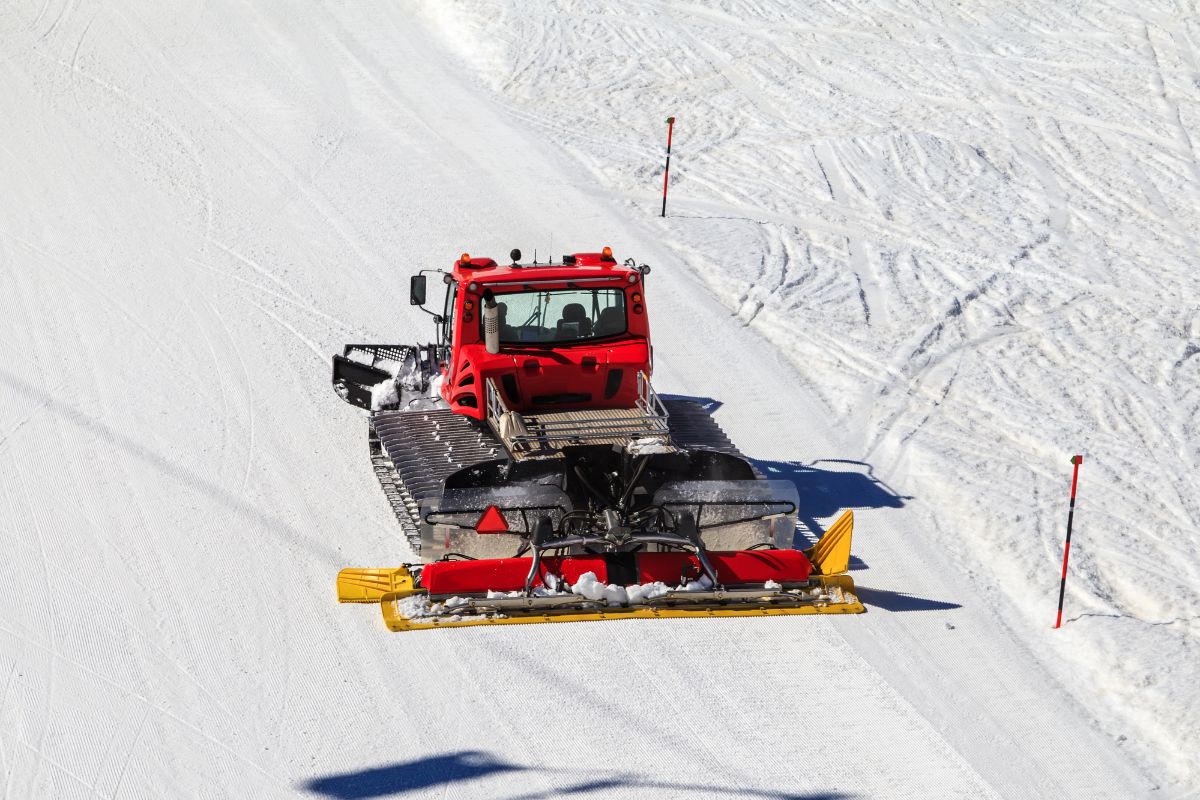 Cat skiing is sometimes referred to as the “poor man’s heli-skiing” because it is less expensive than heli-skiing.

Heli-skiing has been suspended on days when inclement weather prevents helicopters from taking off. Even in these conditions, cats are allowed to go out (except for Chilean cat skiing). The most important time to be out skiing is when the powder has started to fall.

See also  Can You Go Skiing if it’s Raining on the Mountain?

The snowcat provides a comfortable place to rest, stay warm, plus dry off in between runs. Unlike heli-skiing, if you have to occupy the cat with other groups, you can carry your refreshments, and you can then go for a run outdoors if someone gets tired.

Cat skiing is still a great way of covering a lot of territories. Also, cat operators’ familiarity with the hills and mountains they are working on improves avalanche preparedness. 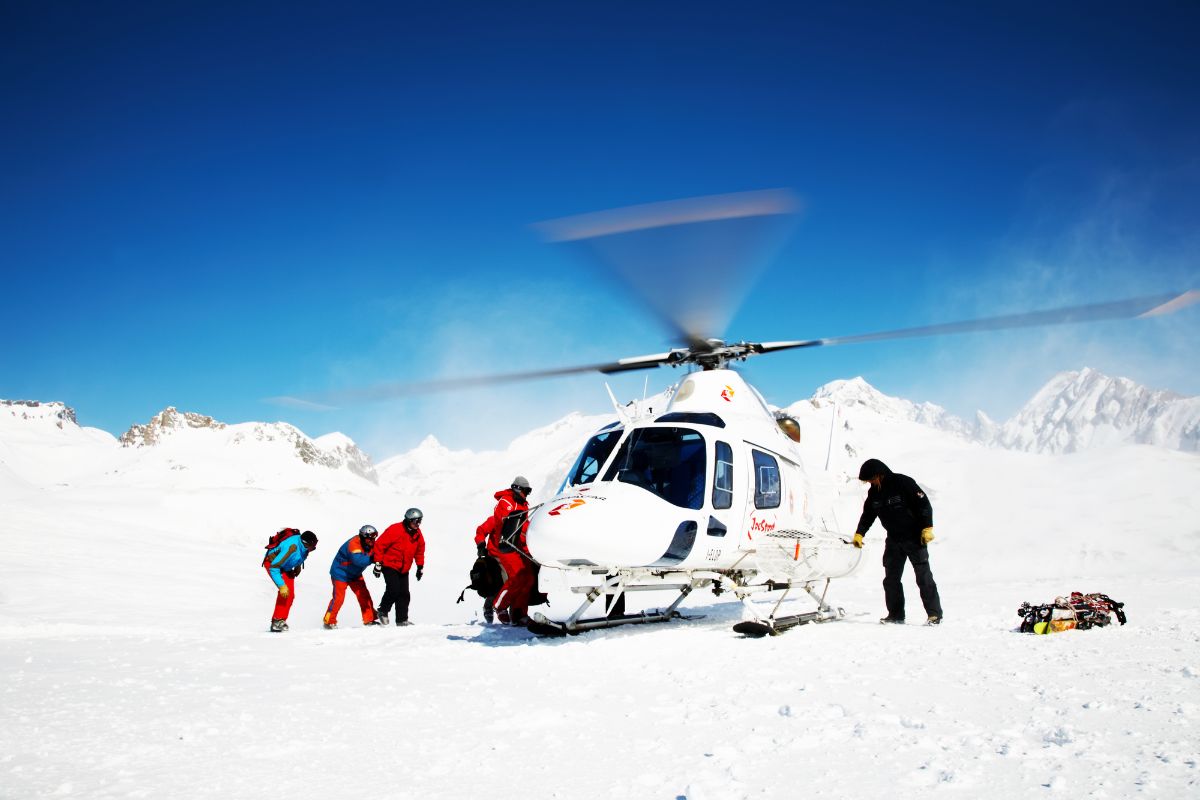 Heli-skiing is a form of off-trail skiing requiring a helicopter to get there. It’s all about skiing in the wilderness without having to put in the effort of hiking to get there. Long descents, steep lines, powder snow, old-growth tree glades, natural terrain features, and more, are all things that heli skiers seek out in their travels.

Skiers can experience the wilderness with a minimum of risk thanks to the services of heli-ski instructors and companies. If you want to be atop a massive peak amid nowhere, you don’t have to be an expert climber anymore! Heli-skiing, contrary to popular misconception, does not necessitate a leap from a helicopter!

The helicopter serves as a means of transportation to the summit of the mountain. Skiers exit the helicopter, get their skis on their skis and begin the exhilarating descent down the powdery slope from this point onward.

The answer to this question is, not necessarily. The helicopter will land safely, contrary to popular perception. For some people, as the helicopter lifts off and flies away, you can gently exit the chopper (daredevil moves). However, in general, helicopters will land in the same landing zone they’ve used before for you to carefully exit.

Is Heli-skiing Only for Expert Skiers? 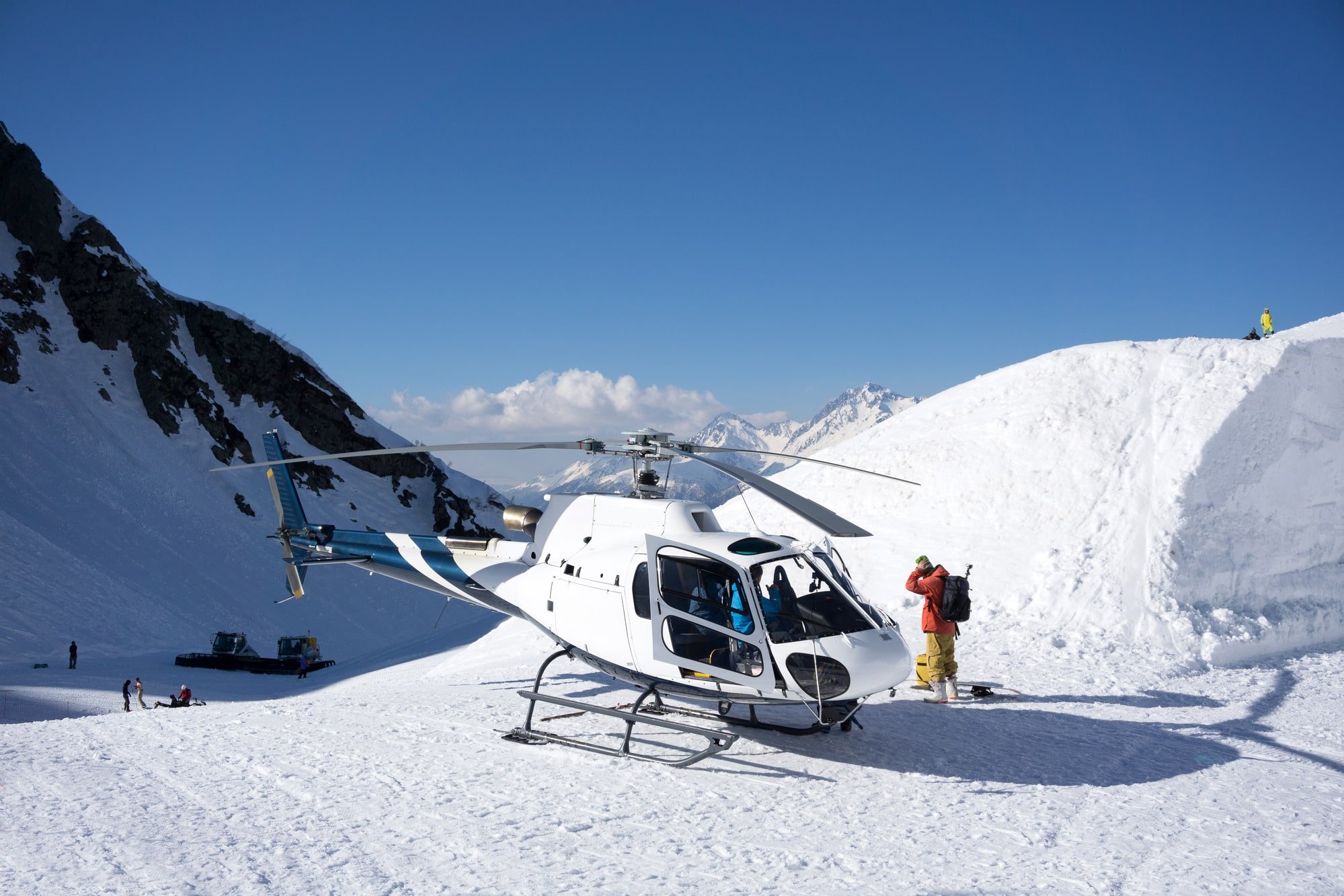 If you’re an intermediate skier looking to advance your skills, you might be astonished to learn that there’s no better place to do it than in the backcountry with heli-skiing.

For heli-skiing, you need to be able to ski blue terrain comfortably. Now, this hasn’t always been the case, but because of the development of fat skis, heli-skiing is now accessible to nearly everyone with a firm foundation. Some of the best heli-skiing in the world can be found.

Differences Between Cat Skiing vs Heli-Skiing

Backcountry skiers have long relied on the Snowcats, short for “Snow Caterpillar,” which are enclosed-cab, truck-sized vehicles that are fully tracked. However, to go skiing in areas with snowcats requires well-maintained snow roads.

On the other hand, a helicopter bypasses all that terrain and takes you to the top of the mountain much faster.

For cat skiing, according to the quality of the snow roads they traverse, snowcats can go between 5 and 10 miles per hour (11 and 16 kilometers per hour).

Heli-Ski or Cat Ski: Which is Safer? 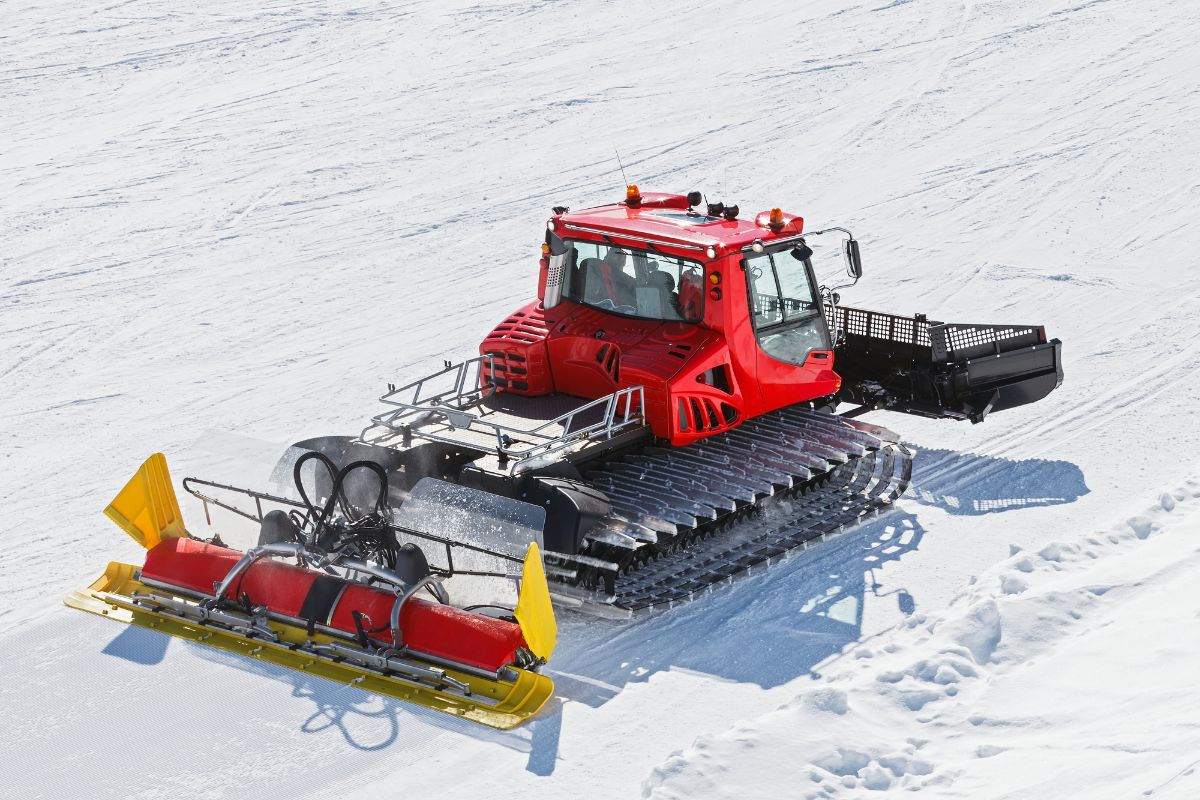 Skiing using snowcats has an edge over traditional heli-skiing because the latter can’t operate in inclement weather conditions. Snowcats, on the other hand, can travel in heavy snowstorms when most helicopters can’t. For this reason, several heli-ski operators have snowcats on standby in case of a snowstorm.

Heli-skiing is a form of skiing in which you are taken by helicopter to some of the most beautiful ski slopes in the world. You can go practically anyplace in a helicopter. It’s possible to spend the entire day skiing north-facing slopes in the alpine.

Simply move to where the conditions are best and ski to your heart’s content. As an alternative to snowcats, a helicopter offers greater flexibility of movement and speed, as well as the ability to reach greater heights for skiing and snowboarding.

Is Cat Skiing or Heli-Skiing Safer? 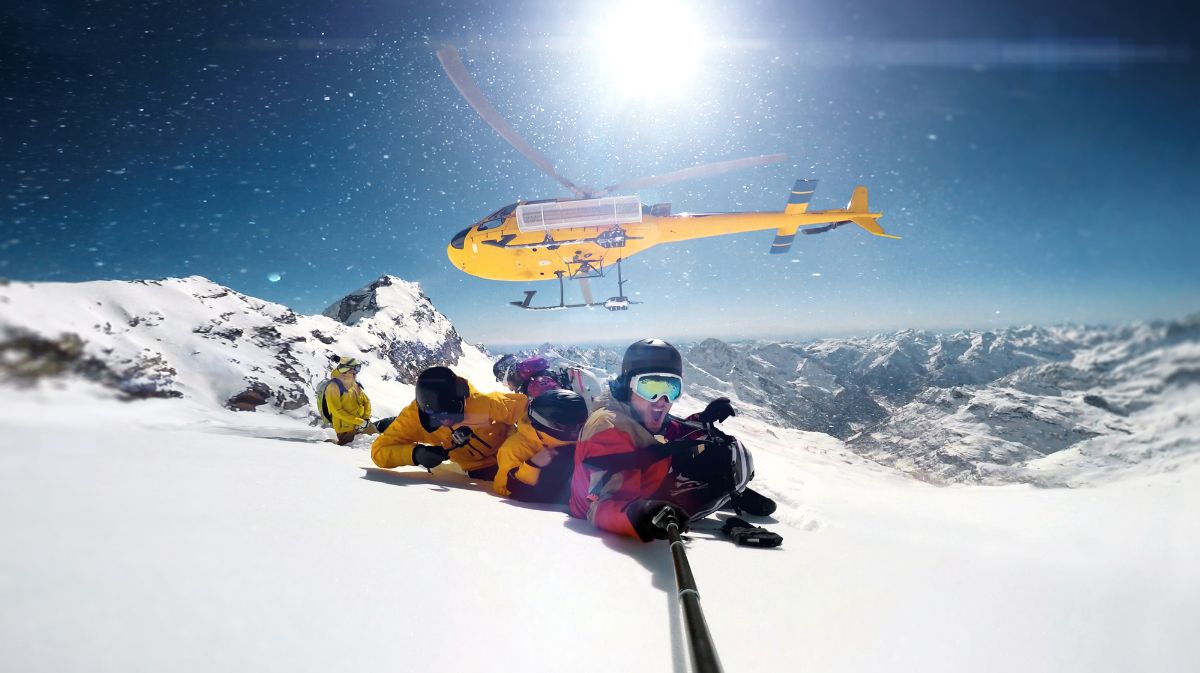 Helicopter skiing and snowcat skiing have similar levels of safety when compared to the surrounding terrain.

Avalanches and other terrain dangers, including tree wells, cliffs, and trees, provide the greatest threat in the backcountry, not the machine you use to get there. These days, heli-ski pilots are extremely well-trained and have years of expertise in flying across the mountains.

With that in mind, if you’re planning to go cat or helicopter skiing, the most vital thing to look for is an experienced and certified guide. A shovel, probe, and avalanche transceiver will be given for your protection. And don’t forget to wear a helmet and dress appropriately for the conditions.

Accommodations for Heli-Skiing and Cat Skiing

Consider the lodge and amenities while deciding between cat skiing and heli-skiing. Heli ski lodges, on the other hand, tend to offer better accommodations, cuisine, and service than catheli-skies. When it comes to luxury vacations, you can’t beat heli-skiing. 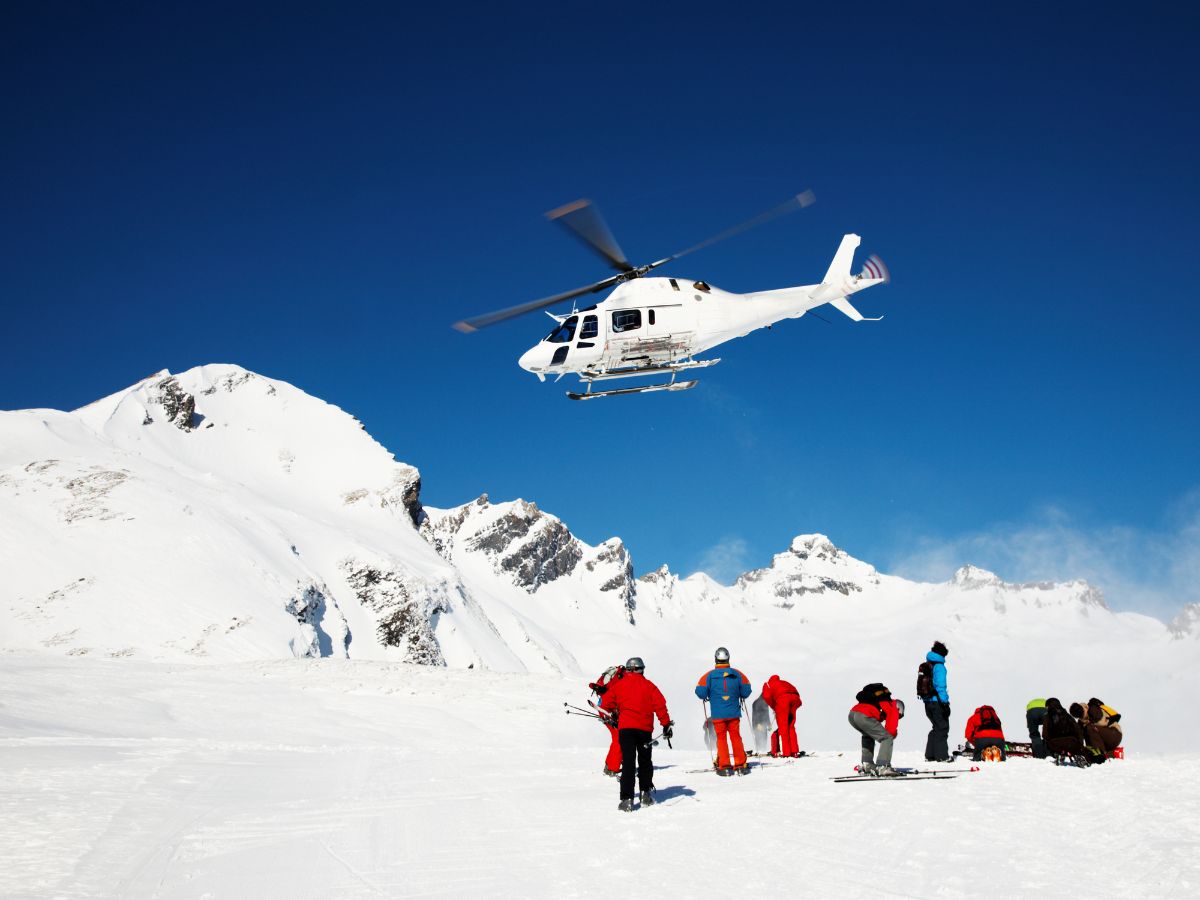 Cat skiing and heli-skiing might cost significantly more or less depending on whether you’re day skiing or staying at an all-inclusive cat or heli-ski resort.

Cat ski lodges typically offer 3000-4500m of vertical per day of skiing, with no additional fees for longer days or guaranteed minimums. It’s a little different when you’re heli-skiing. The industrial standard is 4285 meters every week, or 30,000 meters vertically. If you ski more than that, you will be charged an additional cost. This is because helicopters are far more expensive to operate than snowcats.

For each additional 1000′ (300m), you can expect to pay more. The cost of skiing to the summit of Mount Everest (29,000 ft.) may cost several hundred dollars, and the entire day could cost several thousand dollars for the full package. As a result, the cost per vertical foot skiing would be higher than on a day of cat skiing.

As a result, a growing number of heli lodges offer unlimited vertical packages, which allow guests to ski as much as they like without fear of incurring an extra vertical charge.