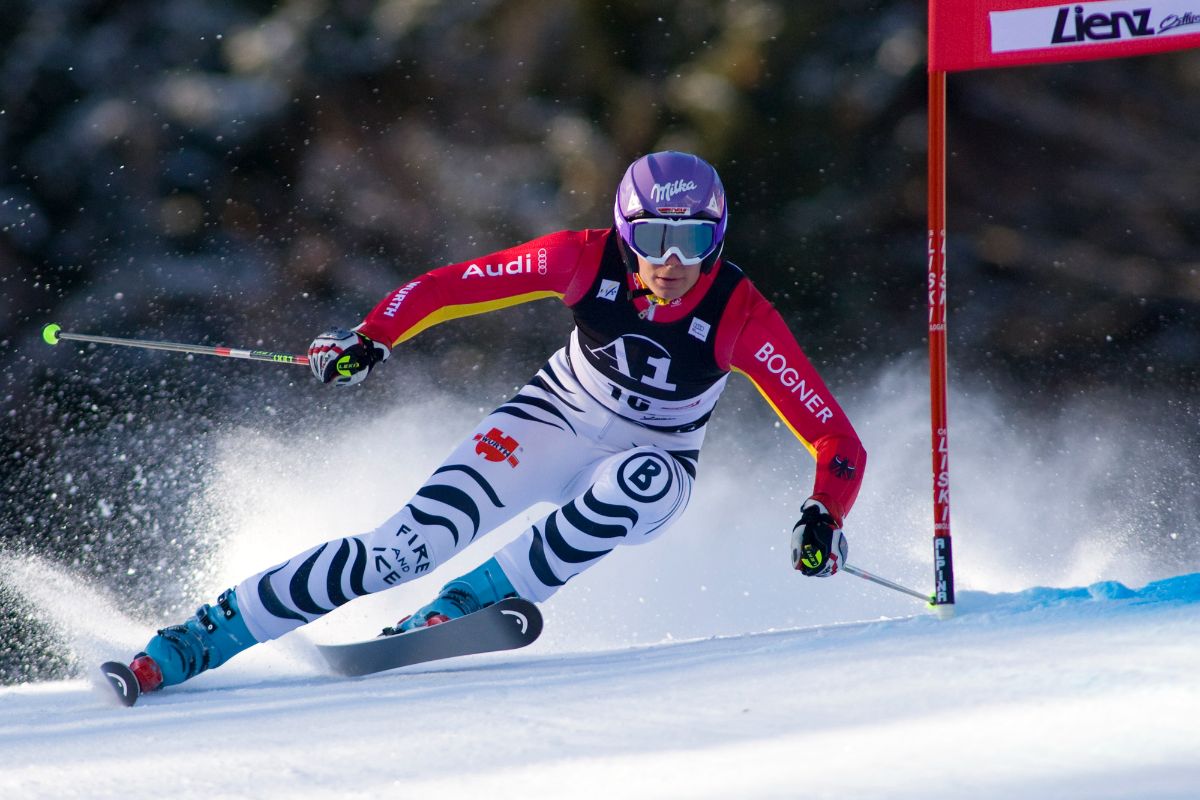 Slalom skiing is one of several Alpine Skiing events – in the. “Alpine skiing is the bread and butter of the Winter Olympics” – and a signature event for men and women.

Slalom skiing is a timed sporting event that requires a succession of many short, quick turns that require a constant change of direction.

Alpine skiing made its Olympic debut in 1936 in Germany. The Slalom event first appeared at the Switzerland Winter Olympics in St Moritz, 1948 – and has been included in every Olympic since its inception.

Note that snowboarding events began in Nagano, Japan, in 1998. Slalom snowboarding later followed and has similar rules with the same principles.

Of the five Alpine Skiing events, slalom requires the fastest turns and the high technical skill – the Slalom competitors traverse a vertical descent – 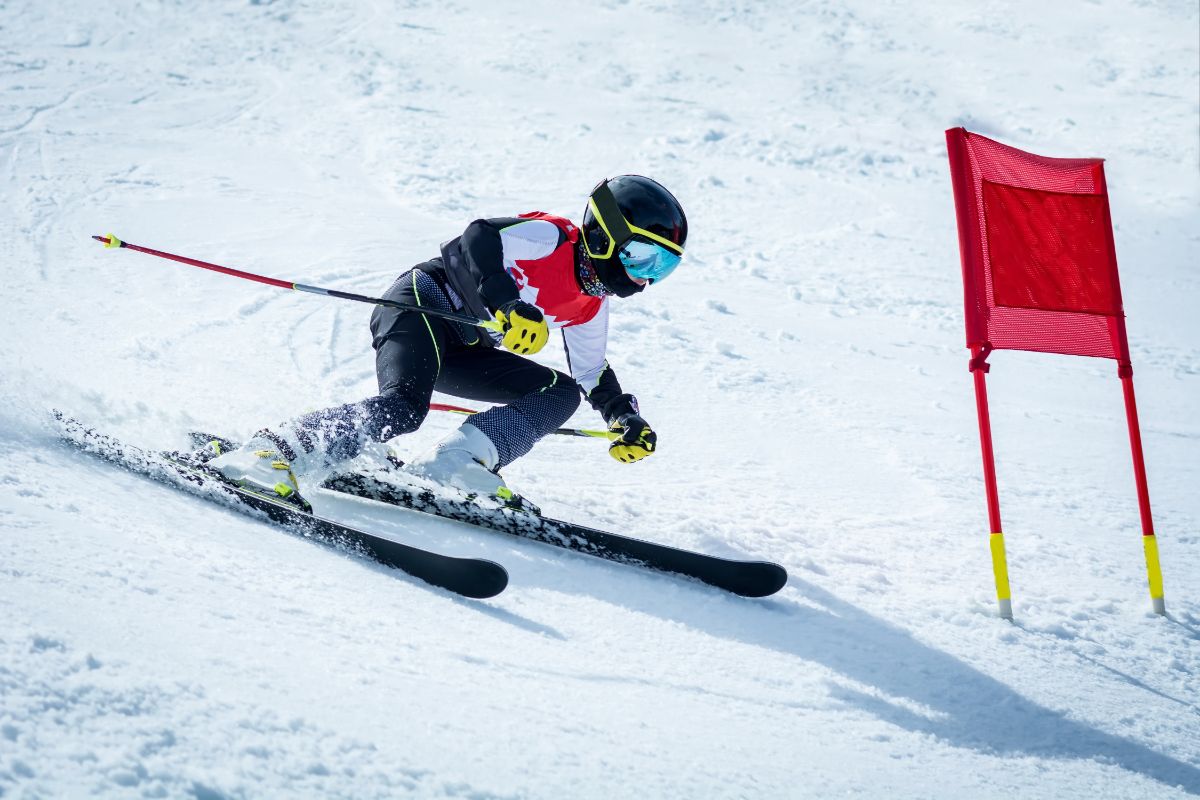 The rules for Alpine Skiing are set by the FIS – the International Ski Federation.

As they descend the mountain, slalom skiers must negotiate a set of ‘gates’ towards the finish line. The first Slalom ski gates were made from Bamboo. These were replaced by the more modern plastic version that is now manufactured with a hinged base.

A slalom skier navigates a course line that alternates the sides of each inner turn pole. The objective – is to ski the fastest time through every gate on the course.

Other Alpine events use a set of gates of a minimum of four meters and a maximum of six meters. But for all intents and purposes, the outside poles as just guideposts and are rarely touched by a skier looking for the fasting line down the marked slope.

The first gate will always be red, the next blue, and so forth. This alternating color pattern helps orient skiers, especially when negotiating the Slalom course with minimal visibility.

The number of gates that mark the course varies based on location and other factors. The gate number also differs between the men’s and women’s events – as follows –

The distance from each pole must be between 6 and 13 meters. Each slalom course must include the correct combination of hairpins, gradients, flushes, and delay gates.

How to Negotiate a Slalom Course? 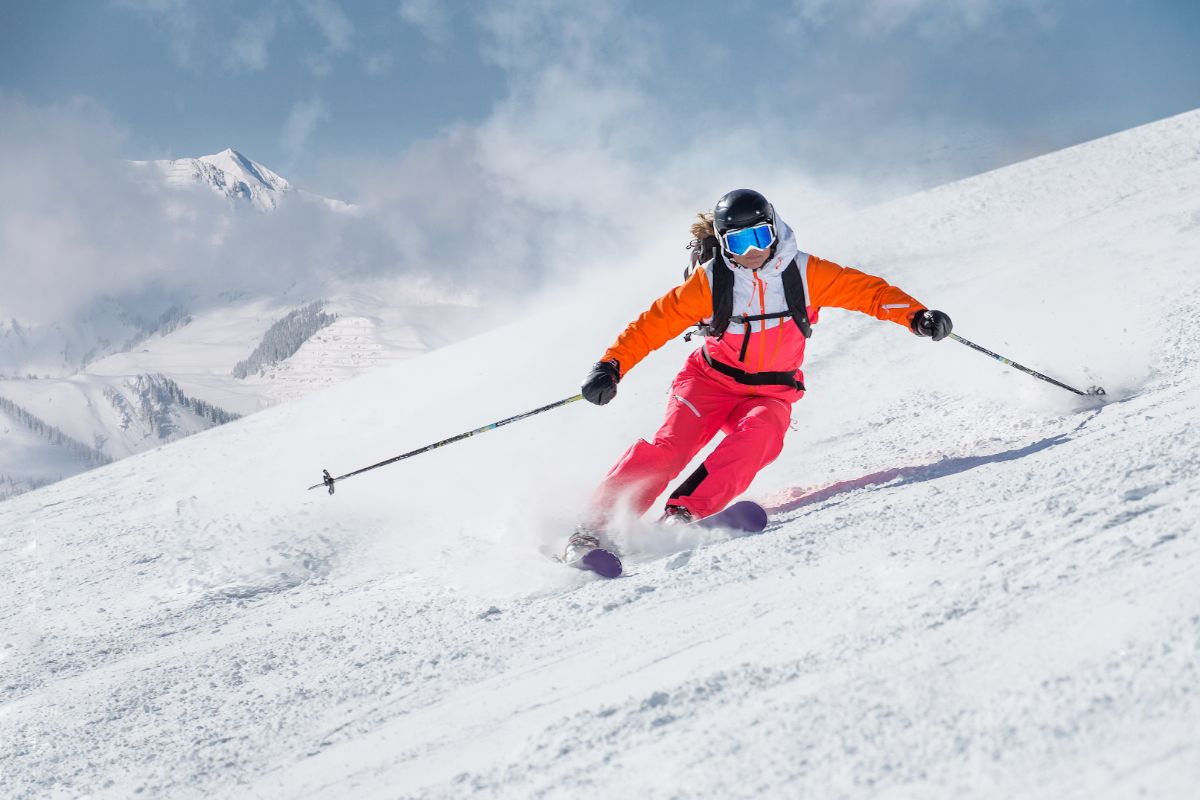 At the top of the course, the slalom skier (or snowboarder) makes their way to the first gate, which will always be red.

Each racer must navigate between each gate – with either both skis (or snowboard). Once a skier passes this first red gate, they head to the next, a blue gate that is located further down the hill. This is repeated until the skier passes the event’s finish line.

Note – a racer who misses even one set of flags (or gate) – which is known as skiing out, will be automatically disqualified from the slalom competition. Disqualification occurs even if only one ski manages to miss a gate. Skiing, like baseball, is a game or sport where the result can often be measured in inches.

Why Do Slalom Skiers Hit a Pole/Flag When Pass Through? 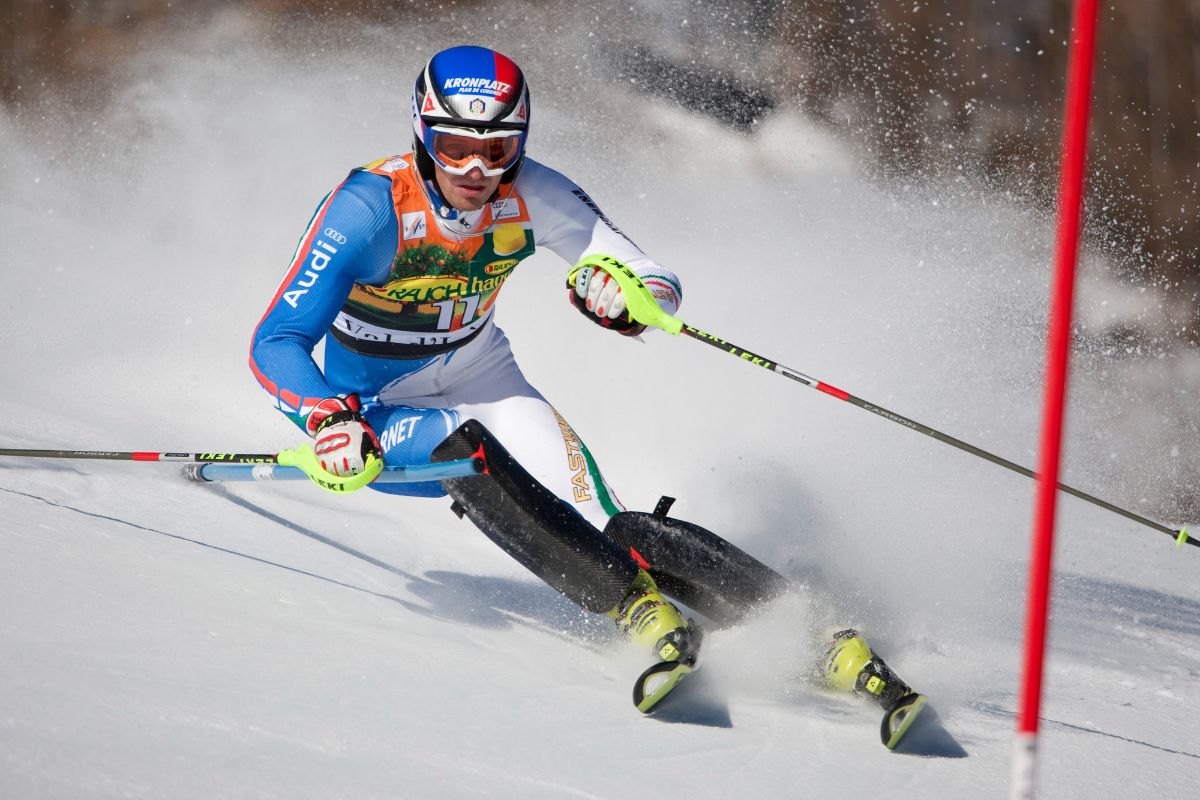 First, there is no rule that requires a ski racer to hit a flag or pole when passing through each gate. The reason a skier hits the gate along the inner course line is that the closer one gets to the gate, the closer the skier finds the most direct route or line down the slope.

Hitting the gate has become known as cross blocking – a technique in which the athlete purposefully knocks (really moves the gate) out of the way in hopes of creating the fastest run time.

“It’s almost proof to the riders that they are going as straight as humanly possible.” (“Do Slalom Skiers Hit The Flags On Purpose or Accidentally? | New To Ski”)

See also  Can You Go Skiing if it’s Raining on the Mountain?

From a physics perspective, this is advantageous in terms of speed and time. To reach maximum speed and thus, record the minimum time, the racer’s skis must travel through each gate as close to the inner pole.

So, any extra room between the ski and the pole (that is taken to ensure the gate is not missed!) will result in a wider and, therefore, a slower turn, with more time needed to pass through the gate.

This is the reason that one or more body parts will hit (and even knock down) the pole – be it an arm, a knee, or even a shoulder, etc. A slalom skier wears protective gear for a number of reasons, but specifically, there are guards for arms and shins to protect against the constant hitting of a plastic pole in freezing temperatures.

The FIS requires all competitors to wear a crash helmet when racing or training.

To win at top events around the world, top competitors must negotiate the fastest path down the slope through the gates that leave little room for error. While this increases the chances of missing a gate (and being disqualified), it is also how elite athletes push the limits of any sport.

As noted above, to win the slalom event, the racer must capture the fastest time while navigating each gate down the slalom course.

Each athlete or skier makes two runs – on the same day of competition. However, the event includes two separate courses. The first set of skiers completes the first Slalom run. For the second run, the skiers ski in reverse order. The two run times are added, with the fastest combined 2-run time declared the winner and, in the Olympics – the Gold Medal.

More times than not, the time differential between a racer or two is defined by fractions of seconds. Hitting the gate (especially throughout the course) can truly make the difference between where one finishes in the final standings.

How Fast Do Slalom Skiers Go?

As logic predicts, the fastest slalom skiers are Olympic-grade athletes. Technological advances in materials and design have helped to enhance the speed of these elite athletes. Women downhill racers can hit upwards of 75 MPH, with men reaching 90 MPH, which makes injuries very likely in the event of a mishap, especially in high winds.

Slalom skiers tend to ski at slower speeds, mostly because the event is a technical-based event that requires skillful turns, appropriate timing, balance, and focus. However, Giant Slalom skiers ski as fast as 50 MPH, and traditional slalom courses have skiing speeds around 40 MPH.

Slalom skiing at elite levels requires great skill, focus, and athletic ability – and years of training. However, that doesn’t mean you can’t learn the art of slalom skiing and participate at the local level.