As every ski aficionado – from California to Vermont and beyond has learned – not every ski that is created will perform equally.

The Rossignol Soul 7 and the entire 7-series were considered among the most popular and best-selling skis for nearly ten years. Some considered the Soul 7 (and Super 7) a bit cultish as these skis were incredibly fun to ride – especially when traversing soft snow.

When Rossignol Soul 7, with its iconic yellow honeycomb ski tip, reached the height of popularity, it was challenging to ride a lift without seeing the Soul 7’s ski tips dangling above the fresh powder. The soul 7, with its innovative design, offered skiers a playful and freeing ski.

However, the Rossignol Soul 7 is no longer being made, but in its place, Rossignol and other ski manufacturers offer similar skis – for those who just want to have a blast, skiing fresh powder with little fear. 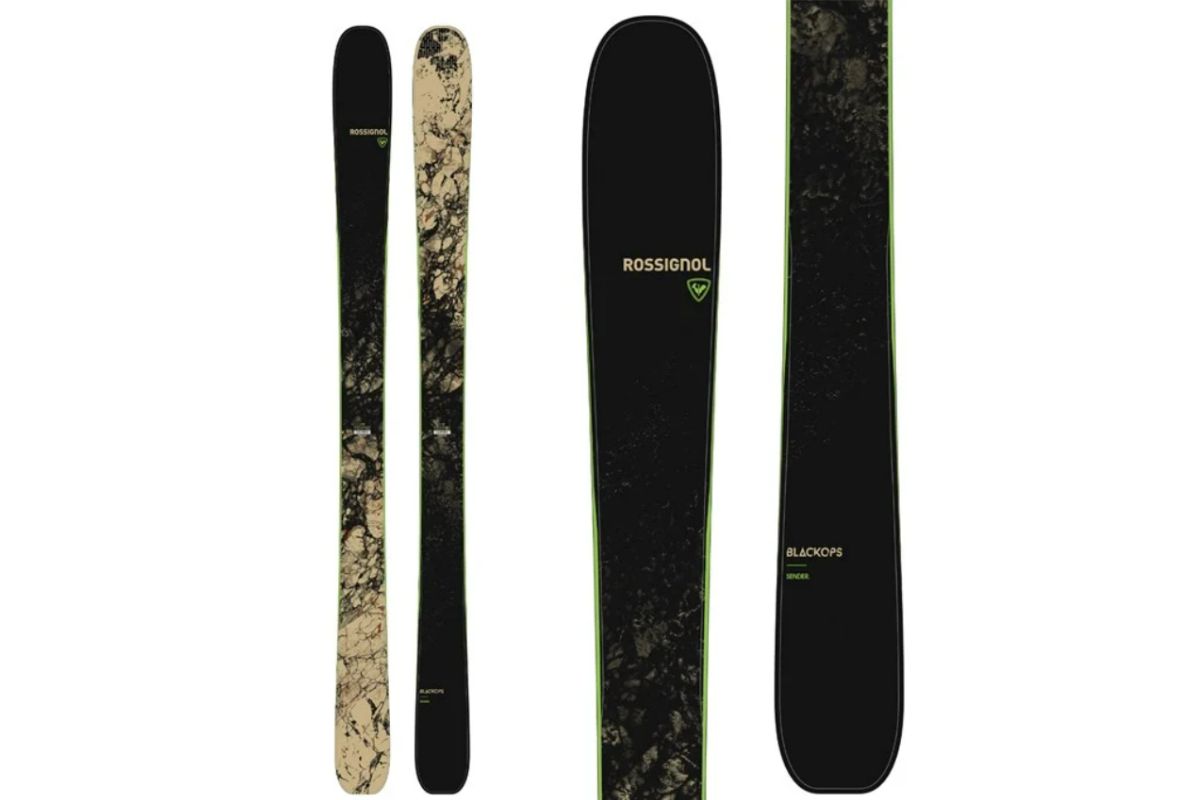 The Rossignol Blackops Sender is a great-looking ski that is constructed of responsibly harvested (and partially recycled) poplar laminated with fiberglass. This replacement to the Soul 7 is offered in two versions – the Sender and the Sender Ti – with the Sender’s flex pattern a bit softer (and more forgiving) than the Ti version of the Blackops.

The Sender and Ti are great overall skis, with great stability even when hitting great speeds on various surfaces. The Sender’s edge grip can handle and maneuver through pretty much anything a ski lover can find – powdery tracks, cruising on groomed trails, hard-packed snow, and more.

The Blackops Sender skis are available for $350 -$450, with the Sender Ti skis being pricier and costing around $700. 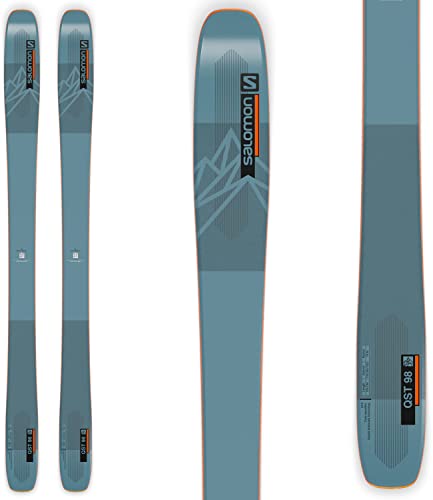 The Solomon QST line of skis introduced two new skis to its Quest Lineup – the QST Blank and the QST 98. These versatile Solomon skis are considered a unisex ski as they are constructed of the same materials for men and women – only sized proportionately for the skier. Like the Soul 7, the Solomon QST skis are playful without giving up any power.

It offers a modern dual-rocker shape that delivers power to the ski’s edges when challenged with most conditions. The QST Blank is a bit stiffer than the quicker QST 98 – which is recognized to be the lightest ski in its specific class.

The Solomon QST 98 retails for approximately $600, while the QST Blank is available somewhere between $699 to $749. 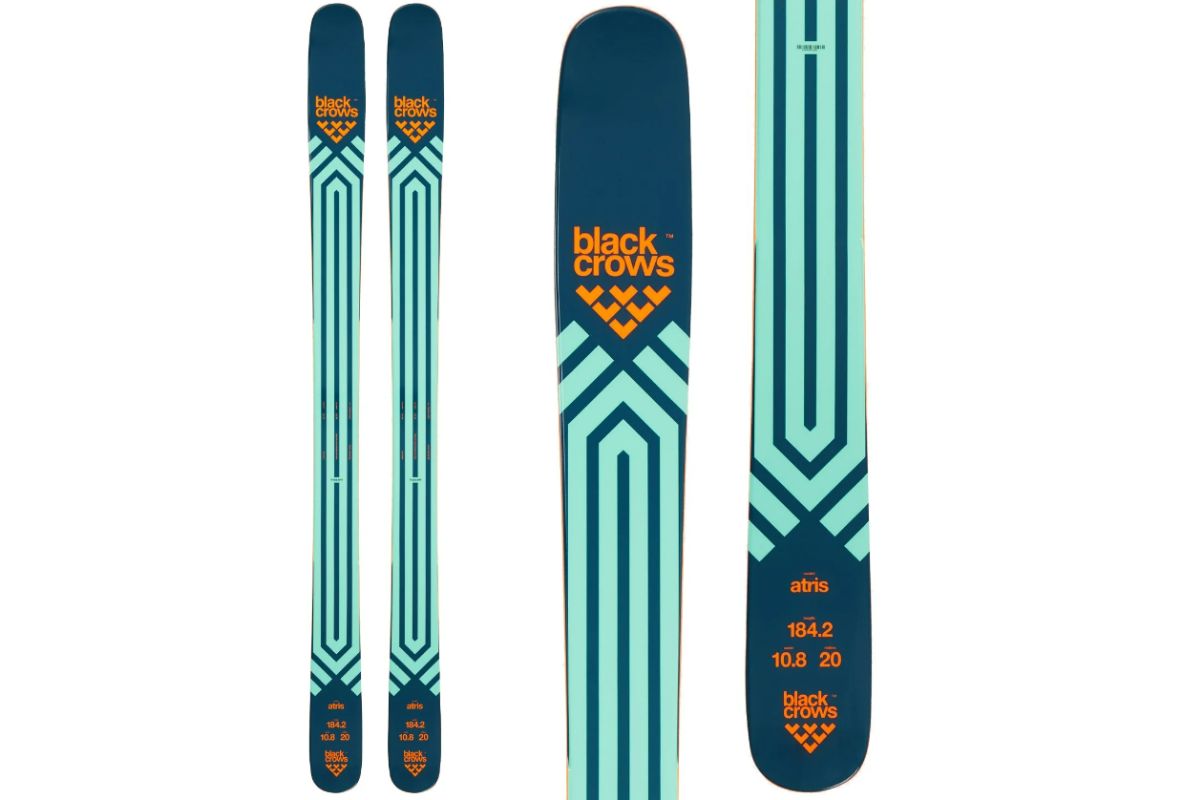 The Atris skis from Black-Crows is an iconic ski that has been thrilling skiers since 2014. Like the Soul 7, the Atris is a stable ski even when quickly edging across rough terrain. It performs well at high speed without compromising maneuverability, stability, and control. These sporty, playful skis are ready to tackle all types of snow and weather conditions.

See also  Can You Wear Rain Pants for Skiing?

The Atris, with various widths, is constructed of poplar wood and covered with fiberglass. Plus, the Black Crows Atris skis offer a constant and firm flex that delivers stability when needed.

The Black-Crows Atris skis are available in several sizes and skins for a cost of about $900. 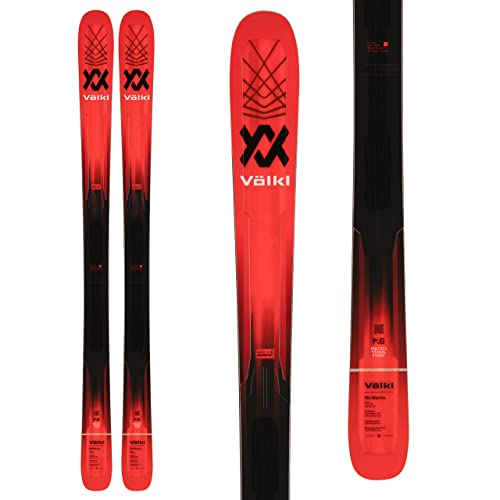 The Volkl Mantra is a versatile ski that is a great choice for a skier who enjoys exploring the mountain and its various levels of challenging trails. These M6 Mantra skis, like the Soul 7 from Rossignol, offer great agility while maintaining stability in critical skiing conditions.

Volkl Mantra, which is a full rocker, combines great stability with maximum flotation. From smooth, groomed terrain to soft powder, these skis from Volkl also have a titanium frame which makes them unique looking and great to ride. 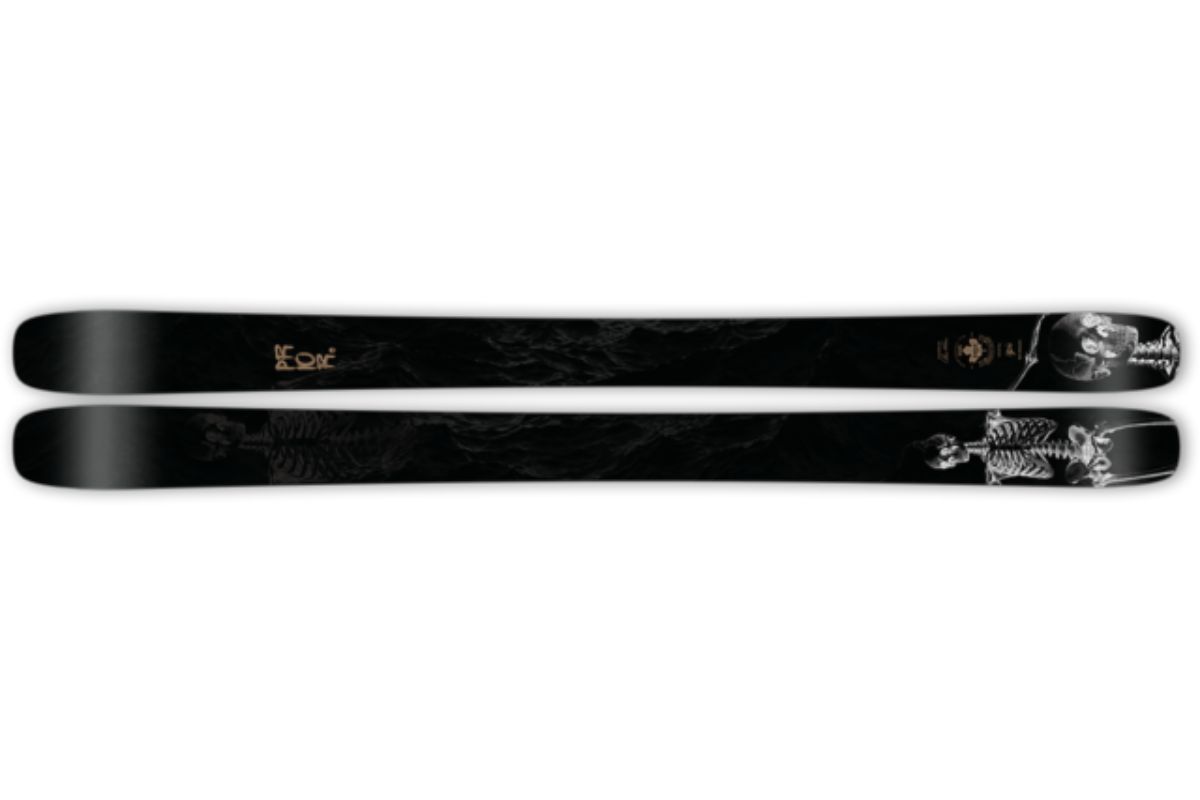 The Prior Northwest 110 is among the most versatile skis, capable of managing many skiing styles in all conditions. The Prior Northwest’s ride is smooth, but these skis can rip a turn or float gently through fresh powder without compromising their ability to offer a playful run with great consistent stability.

The Prior Northwest ski’s flex pattern changes progressively, with a firm underfoot and flexible tip and tail – a bit of a hybrid rocker-type of profile. Like the Soul 7, the Prior Northwest can handle high speeds with exceptional grace and control and is considered a great everyday ski. If you are searching the ski market for a smooth ride, the Prior Northwest 110 is a great choice. 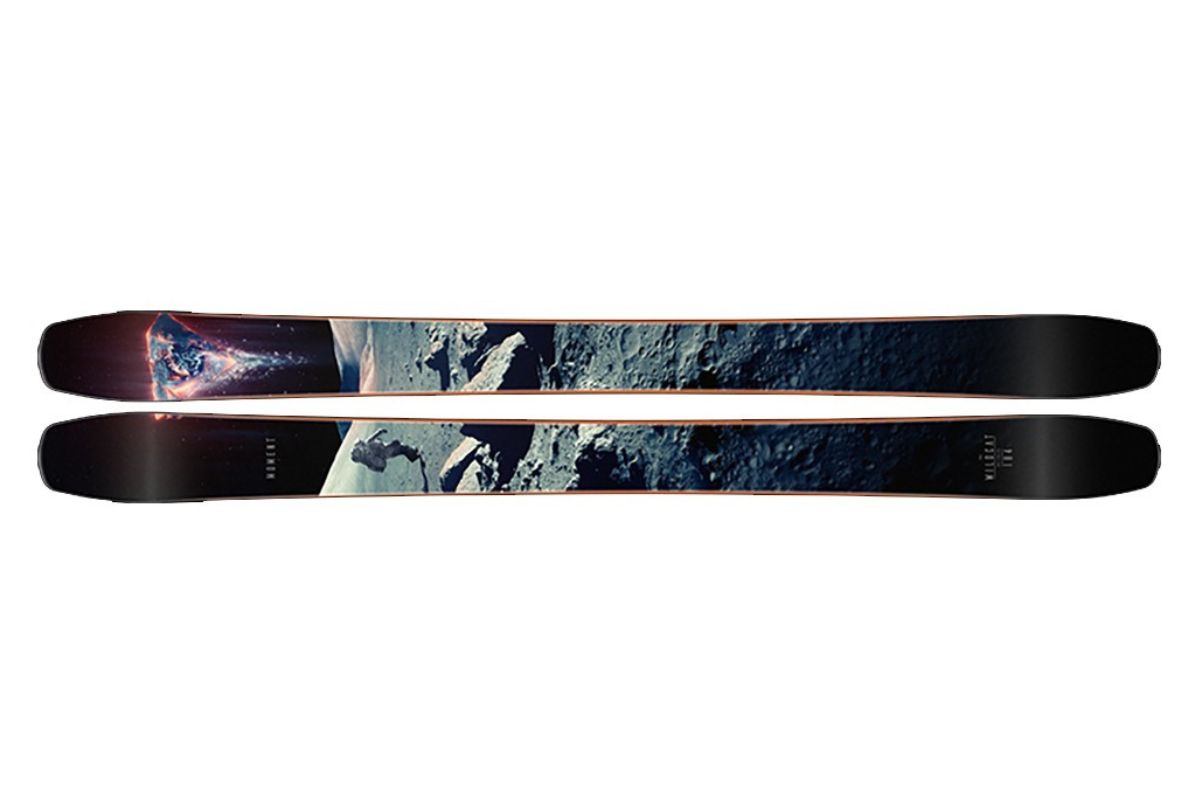 The Wildcat 108 from Moment Skis offers an innovative design ready to nail any trail, cliff, or tabletop you throw its way. With incredibly deep rocker lines, the skis help you slash and pivot even in the tightest of spaces. The skis’ core is made from poplar and ash, which provides a solid backbone even in the most powerful turns on park laps and runs.

The Wildcat 108 provides ease in maneuvering combined with an incredible float and suspension to master any ski run – icy or otherwise. 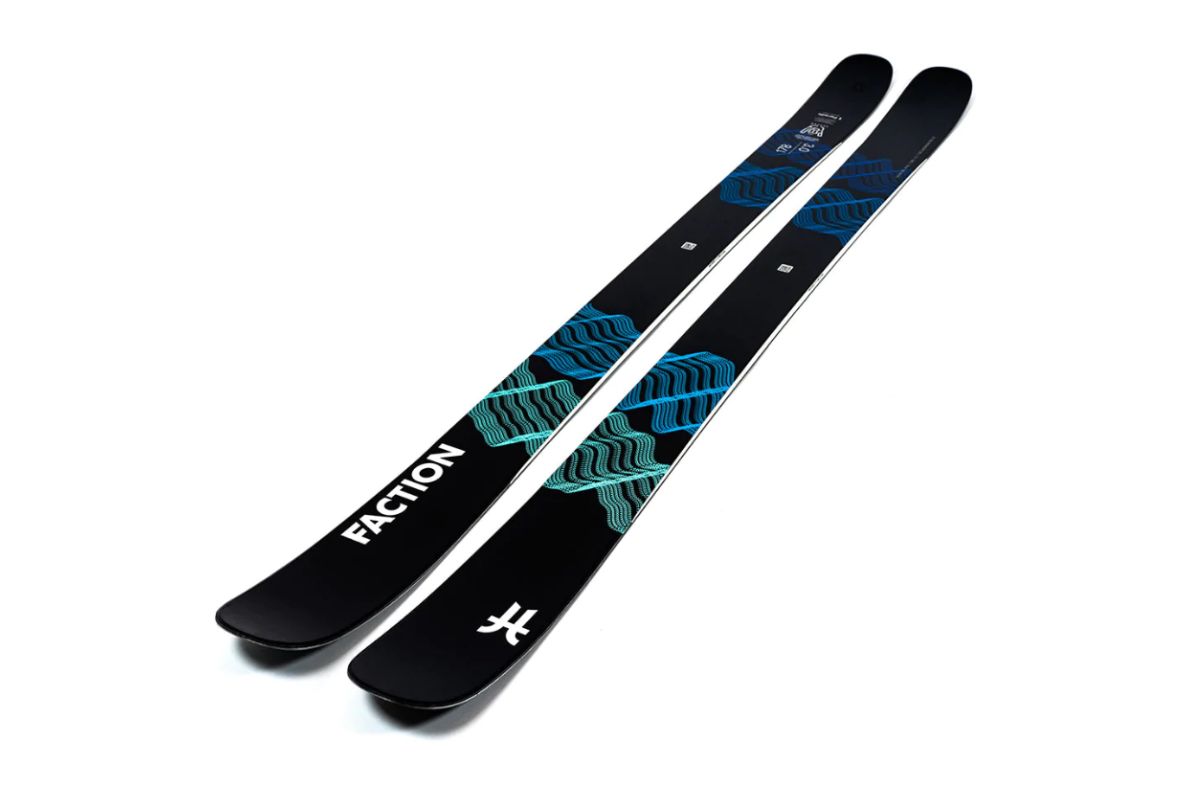 The Faction Prodigy 3.0 finds its inspiration from its big brother, the Prodigy 4.0 – constructed from the same materials with a similar shape and design. The Faction Prodigy is an all-around ski, like the Soul 7, and is great for carving and slicing through all kinds of ski conditions. The Prodigy 3.0’s flex is considered a bit stiffer than average, with an edge hold that is considered well above average.

The Prodigy is a stylish, playful set of skis and is a great choice to traverse down pillow lines or even ski backward for those with the skill and desire. 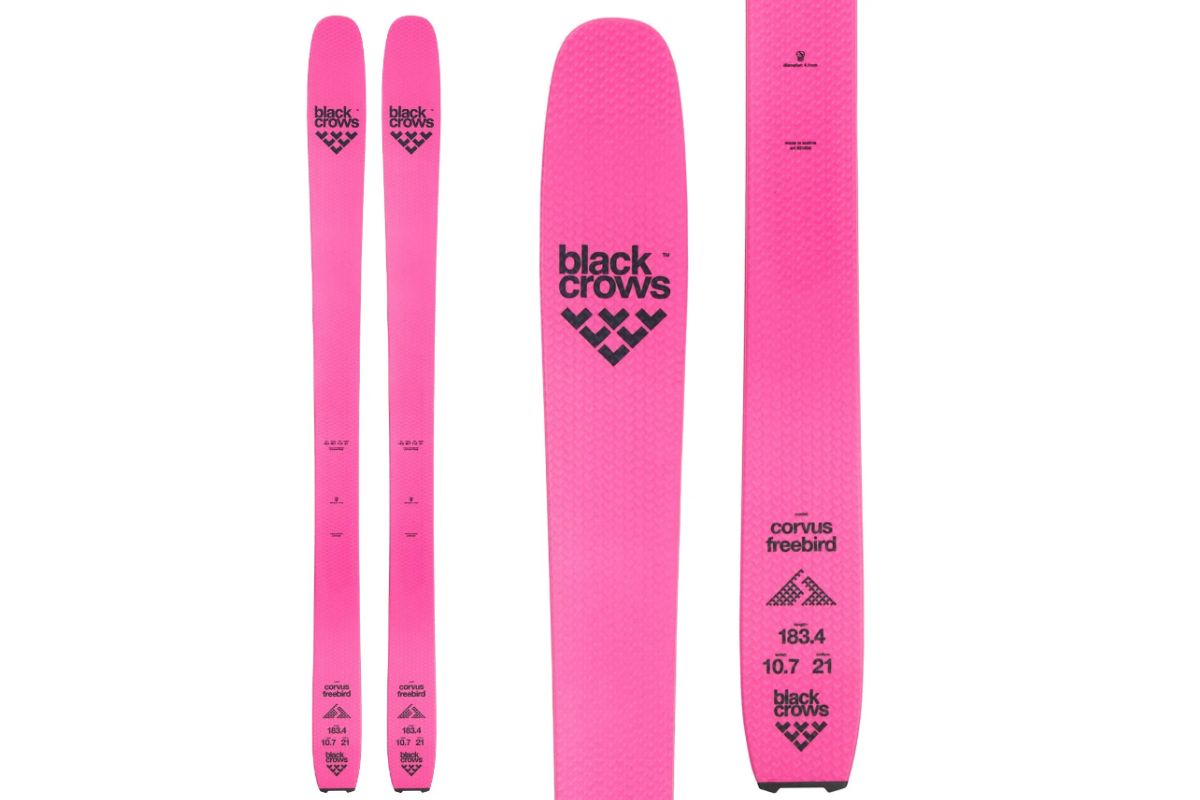 The Freebird from Black Crows is an innovative, dynamic ski that offers stability and precision. This is due to its long sidecut, which, when leaning into it, generates an energetic ski turn. With a tip that has a slight rocker rise and an underfoot titanium plate (to handle its new hybrid bindings), the Freebird hits the mountain with the same popularity as the Soul 7.

Made from a core of poplar, a flex that leans soft, and a mixture of glass and carbon fibers, the Black Crows Freebird skis have something for skiers of all levels in most conditions.

The price tag for the Black Crows Corus Skis ranges from $900. 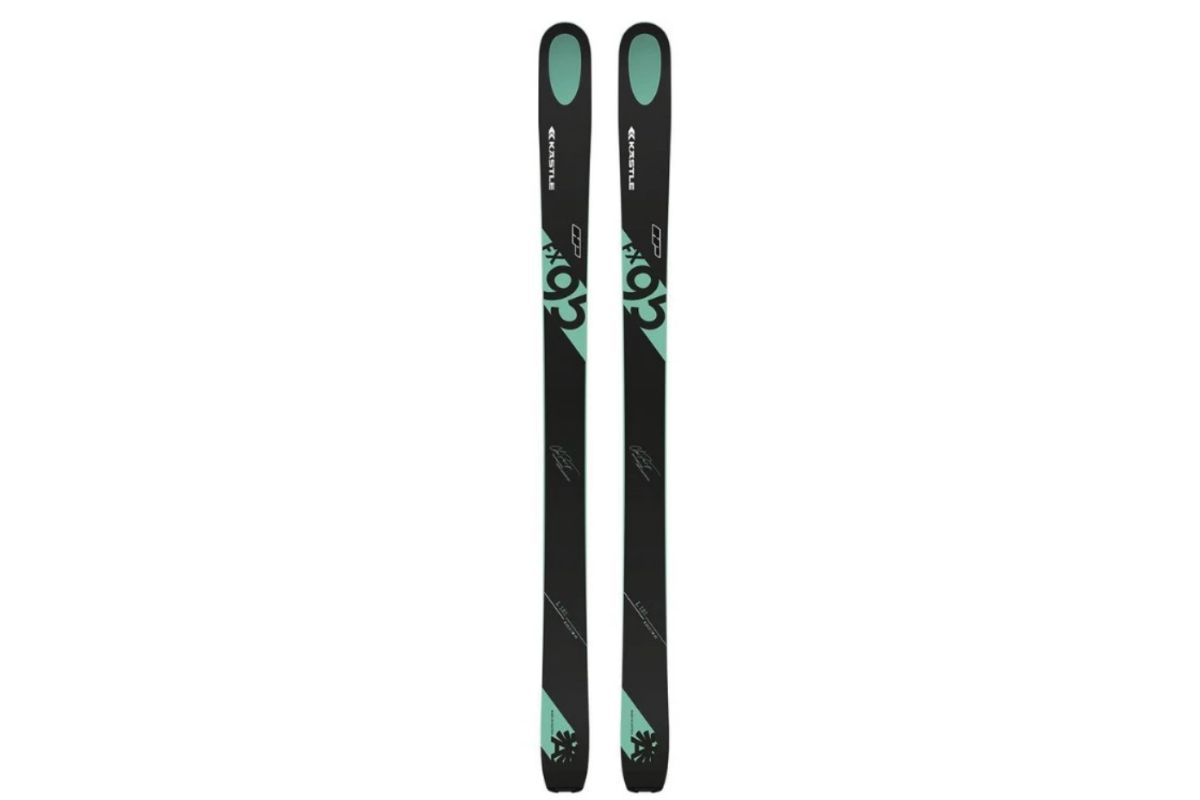 The Kastle FX 95 HP is an award-winning, high-performance, stable ski, delivering power all over the mountain to women skiers. Even at high speeds, the Kastle FX 95 HP offered a versatile ski even in damp conditions. These Kastle skis have the ability to turn like a Grand Prix Ferrari – consistently maintaining the arc of the curve without slipping.

The FX 95 HP, with its dual rocker profile, and edges that seem to hold all snow types, offers amazing support even on slow groomed surfaces and granular terrain, with carving ability at a high or low speed. In fact, some rate Kastle FX 95’s stability above that of the Soul 7, although the Soul 7 slightly outranks the FX 95 in its powder rating. 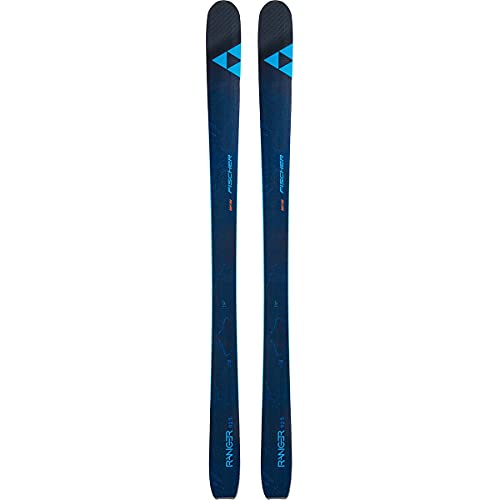 The Fischer Ranger can plow throw under any and all conditions because these skis are constructed using an extra metal layer and carbon shove offset to add weight and thrust. This helps to ensure the skier can maneuver lightly on open terrain, through trees, or jumping moguls.

See also  Do I Need a Backpack for Skiing?

The Fischer Ranger Ti skies are available between $400 and $850. 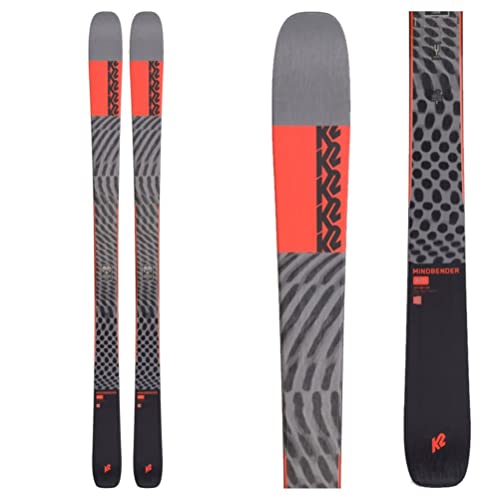 The Mindbender 116C is a rocker ski that is lightweight and an epic ride for early morning powder adventurers. It is also a powder ski built for those epic and memorable days when the powder is perfect. With the generous 116mm width waist, the Mindbender 116C from K2 can chop through granular snow or glide through powder with ease.

The Mindbender’s power rocker core is maple and paulownia and constructed with a variable angle fiber reinforcing the inner core. The Mindbender glides into a turn effortlessly despite the conditions or even the rider’s ability.

The Mindbender 116C is also affordable. While it lists for about $800, there are retailers that sell it for less. 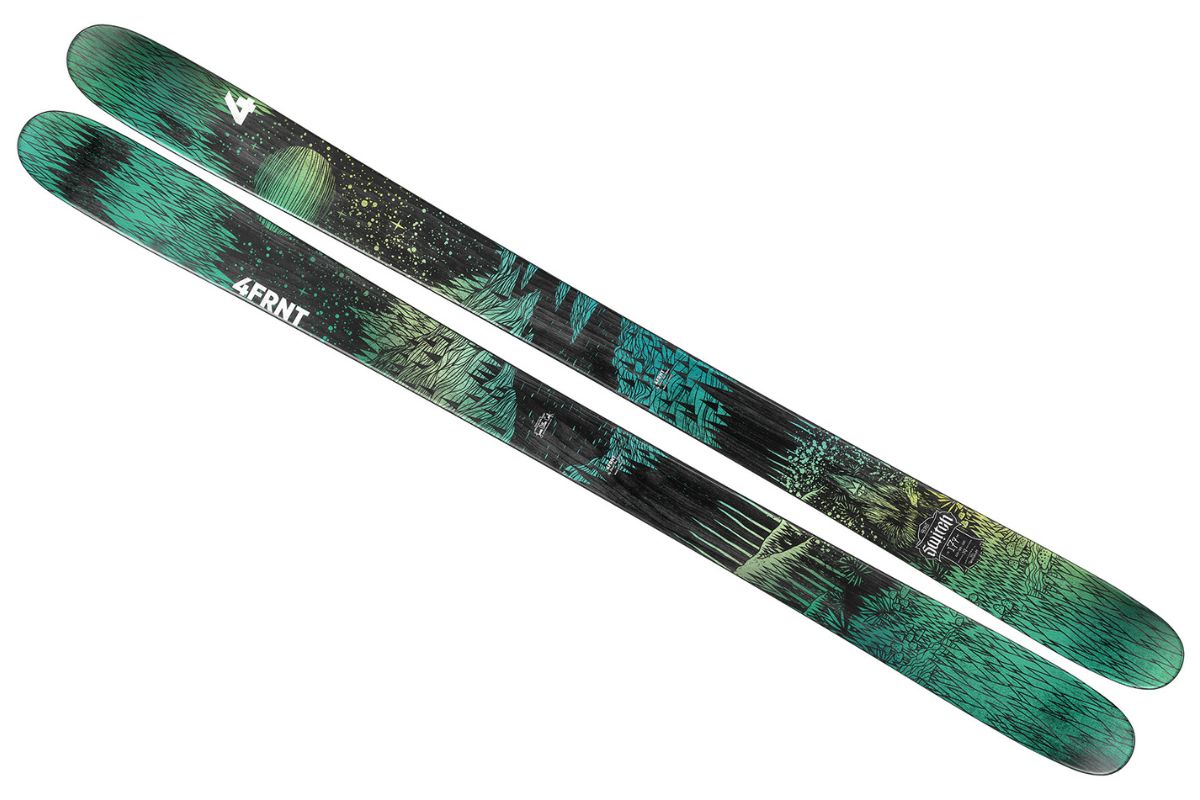 The Switch 4FRNT is a freeriding and editor’s pick ski that is constructed to fill the gap between an all-mountain ski and a freestyler. Because of its innovative design, the Switch 4FRNT mountain ski opens each run’s full potential on any type of terrain – leaving ski buddies in your wake.

The Switch 4FRNT skis are lightweight – offering a quick edge-to-edge move. They are made from a combination of aspen and maple with carbon fibers that add tremendous stability and a boost of energy through each zig-zagging turn. 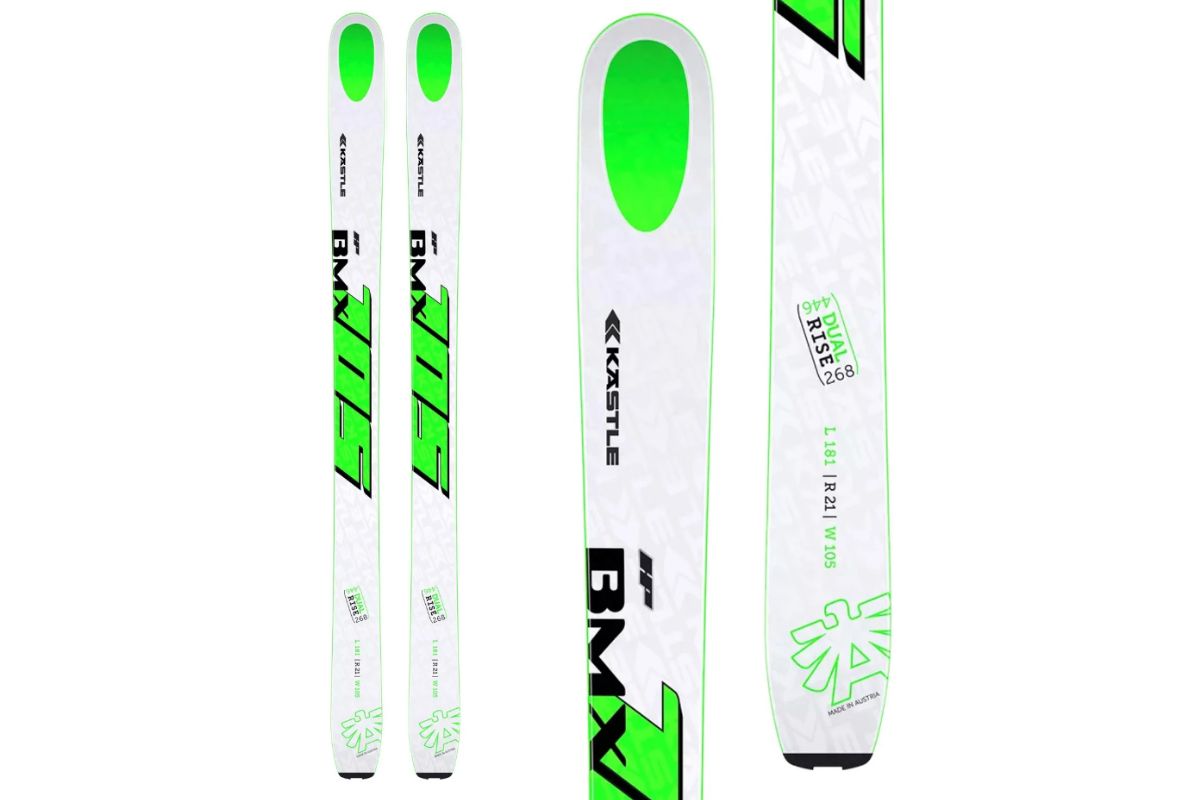 Kastle’s BMX 105 is a popular ski for its fast pace and big-turning abilities but it also performs well in short turn sequences. With a soft tip, the BMX 105 is great at pivoting, especially traversing a fresh batch of 3 or 4 fresh snow.

These skis are powerful and can plow through damp chop but also ride with power through spring snow. When you hit tough terrain, the Kastle BMX 105 can smooth the ride with remarkable stability yet remain fluid and nimble when needed. 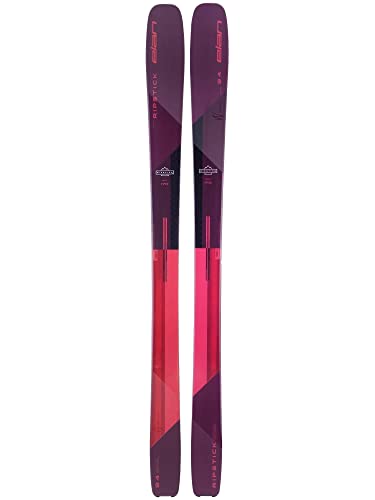 The Elan Ripstick 94 W is one the most playful all-mountain skis for women. While the Elan Ripstick has always been known for its edging abilities, the latest version offers an even more intense carving power. These skis from Elan are rocker profiles built from a tube-lite wood core combined with carbon rods. They are built with a built-in stability that helps build a skier’s confidence quickly, which allows them to test themselves at the next level.

These all-mountain skis are perfect for the skier who performs groomed trails or touring. 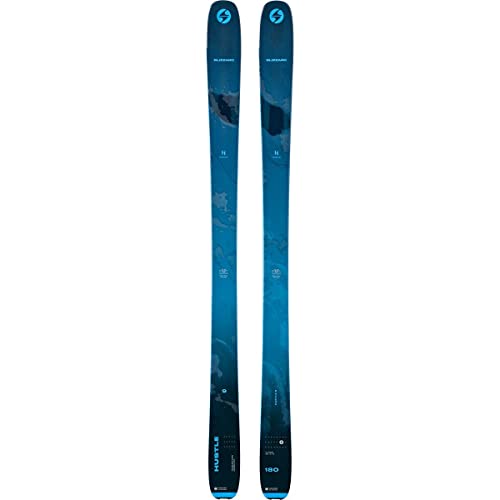 The Blizzard Hustle 9 skis are the perfect ski for that rip with the best but also perform as an amazing touring glide. The Blizzard has a progressive wide body that offers a playful design, especially in softer snow. But, the Blizzard Hustle is all about an intense grip on packed snow due to its rocker camber rocker shape.

The Hustle is constructed of a unique blend of poplar, beech, and paulownia wood but includes a revolutionary carbon frame that combines to create a light and easy-performing ski.

The Blizzard Hustle 9 skis are available for a price that starts around $700. 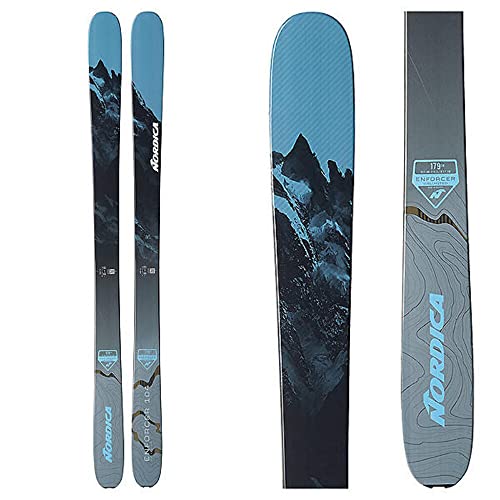 The Nordic Enforcer 104 skis are a popular, lightweight touring ski with a design that can handle many other skiing conditions. Its redesign is lighter, which offers greater maneuverability on or off the trail. These power rockers from Nordica are designed to engage carves and turns early and release with ease when ready.

The Nordica Enforcer is constructed from beech and poplar with a carbon chassis and a 104mm waist. These combine to provide a remarkable combination of power and control on any mountain. The Enforcer is not for the faint of heart and is designed for the skier with advanced to expert skills.

The Nordic Enforcer 104 can be a bit pricey, starting at a price point of about $800.