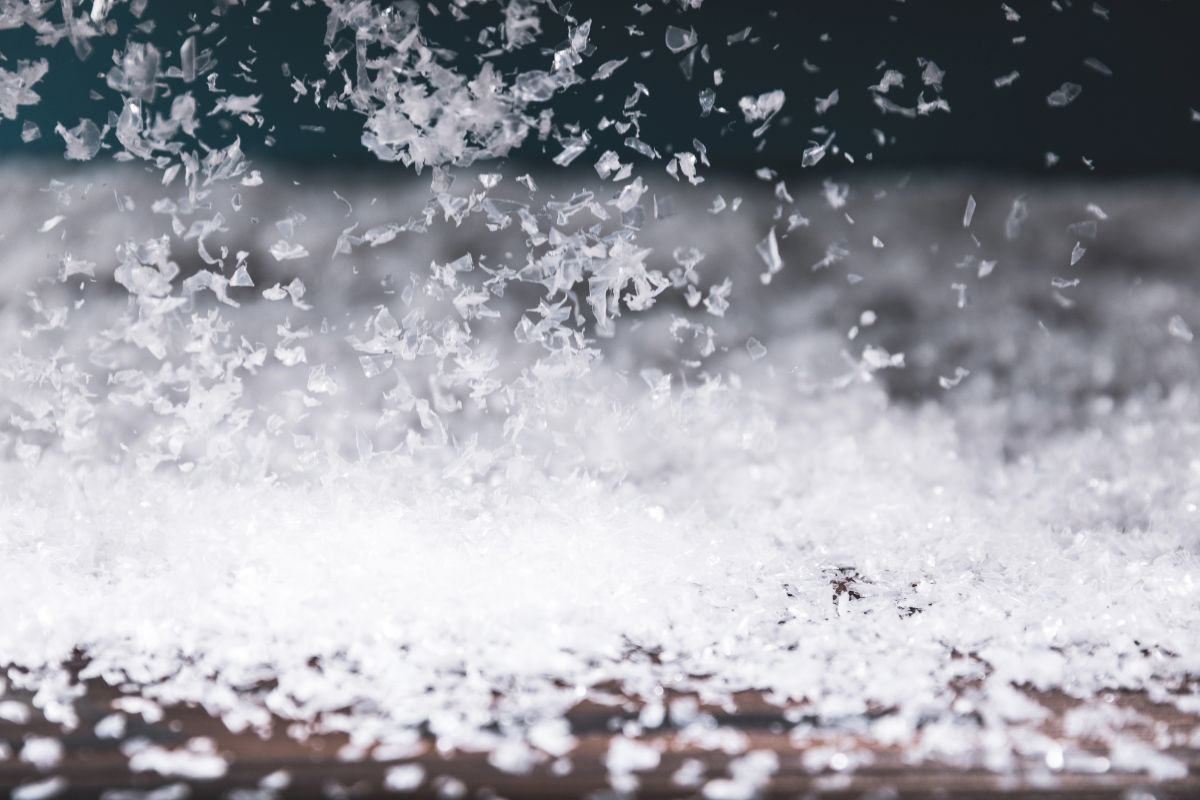 There’s nothing quite as magical as snow. Depending on where you’re from, you might be more appreciative of the fluffy white stuff. For those, like myself, who were raised in warmer climates, snow is mesmerizing.

It’s also a good luck charm because if it snows at just the right time, it means a snow day. Snow days are the best days because now you have a whole day to enjoy catching flakes on your tongue.

Another reason snowflakes amaze children and adults alike centers around inherent uniqueness. Snow has become a symbol for showing how things come in varieties. Snowflakes remind us that there is beauty in our differences.

If this sounds like something you’ve been interested in learning more about, get your skis shined up! This piece is going to move you.

Before we get in a flurry over the various types of snow, let’s get a real understanding of what it actually is. Snow is more than an opportunity to make snow angels. It’s actually ice crystals that form in the atmosphere. Being lost in the clouds is a term that snow came up with because that’s where it often starts.

These crystals start sticking to other crystals nearby. Once they get too heavy to stay in the sky, the ice starts to fall and then it wakes up. Okay, snow isn’t Neo or part of the Matrix, but it does start to fall to earth just the same.

Unfortunately for us and the snow, many of these snowflakes don’t make it all the way to the ground. As they come closer to us down below, they pass through spots where the air is too warm to keep them as ice crystals.

The moisture that remains from the melt might stick around long enough to find another flake to attach to. At least that’s the hope. 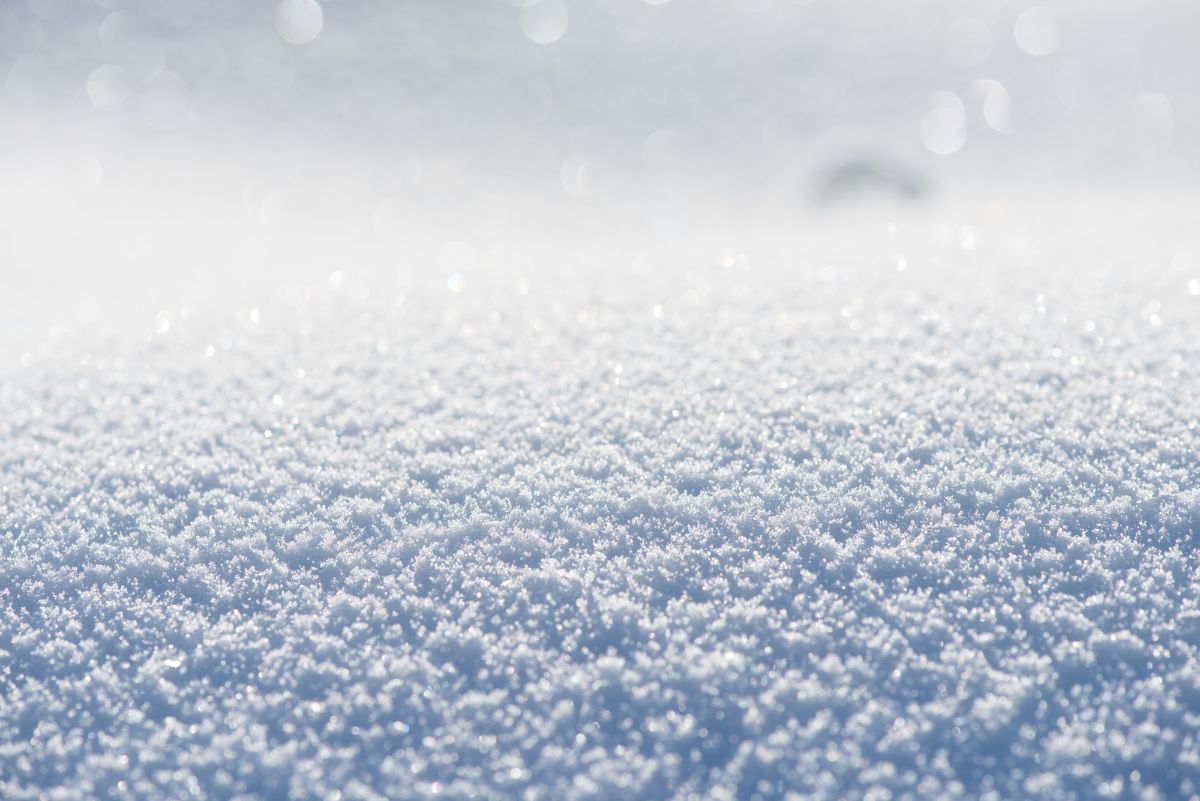 Snow makes quite a descent. On the way down, there’s no way to anticipate all of the roadblocks that will prevent the snow from making it or help shape its ultimate destiny. Oh yeah, and give it a literal shape. Between the wind, moisture, sun, and other pieces of ice, snow has quite the challenge on its journey.

According to Wonderopolis, “Each snowflake falls and floats through clouds with different temperatures and moisture levels. This shapes each snowflake differently.”

Now that we’ve gotten a visual of how snow is formed and what it takes to get it down to us, let’s go over the types of snow.

Thicker, more complex ice that is long and block or cylinder shaped.

Flat planes with six arms that come in a multitude of designs.

Long, cylinder columns of ice that stick together.

A plate with extensions, also known as a dendrite, would fall under a combo snow type. Additionally, crystals with a large or uneven number of branches and misshapen plates are examples of combos.

Planes with extended sides, can come with columns or shorter needles.

Iced or rimed particles, individual broken pieces of ice, and any other random crystals.

Alright, so we have our textbook definitions of all the ways snow can differ. Here are some of the more unique ways to classify snow. 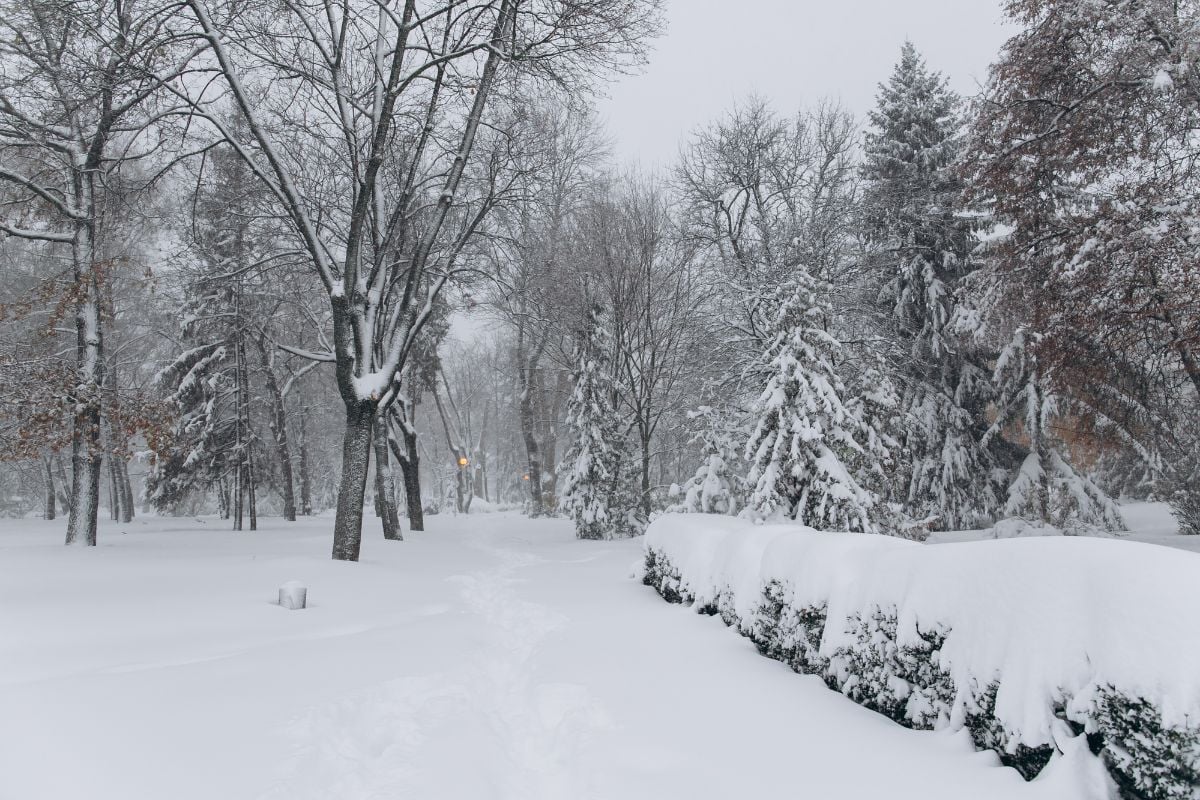 The first flurries of a season take place where the skiers hang out. Also called the first snow, it helps people who live in those areas get a preview of what’s to come ahead of winter. Depending on how hard or not the dust is will give a direction on how to get ready for the cold. 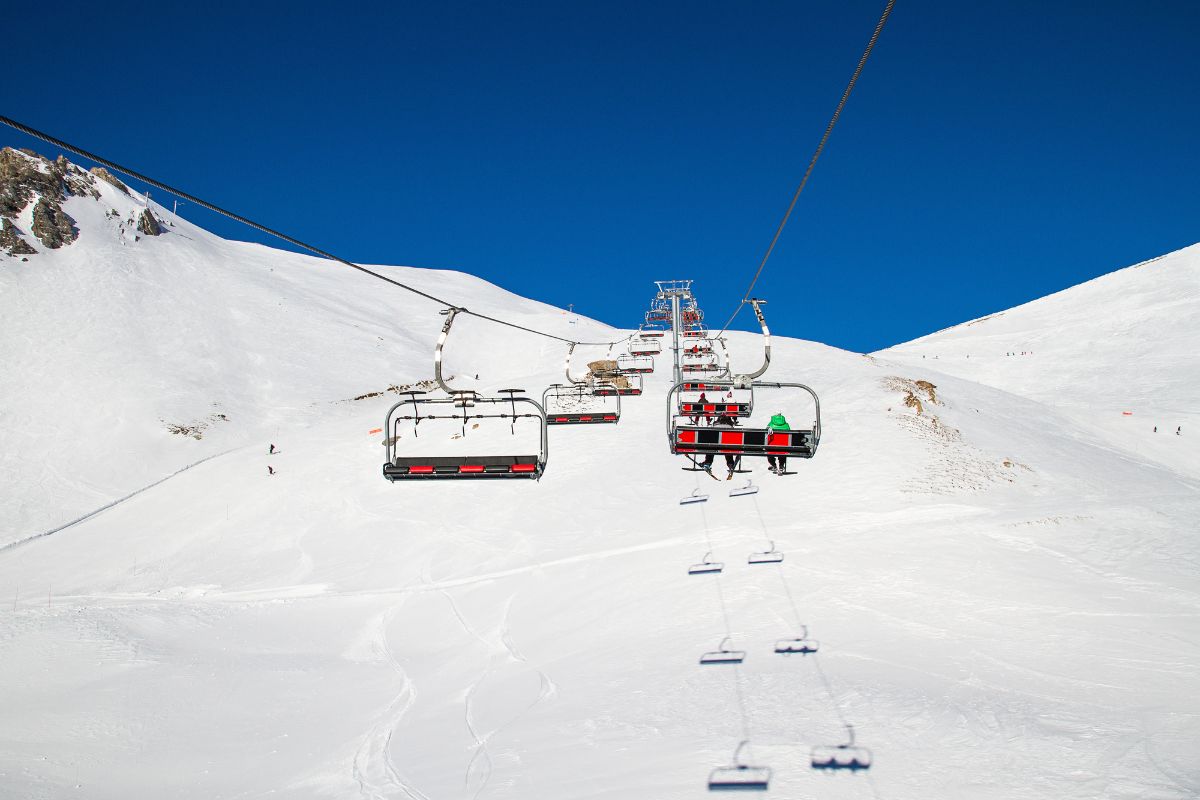 This is snow that’s easy to ski on. This is a phrase that’s common to skiers, “This translates into forgiving soft snow that’s not too deep with a solid base underneath for making turns,” Liftopia explains.

Water droplets attaching to falling snowflakes that freeze that way create a small ball, or popcorn-like snow. This is basically a nicer, less damaging cousin to actual hail. It can make for pretty interesting looking snow once it lands. 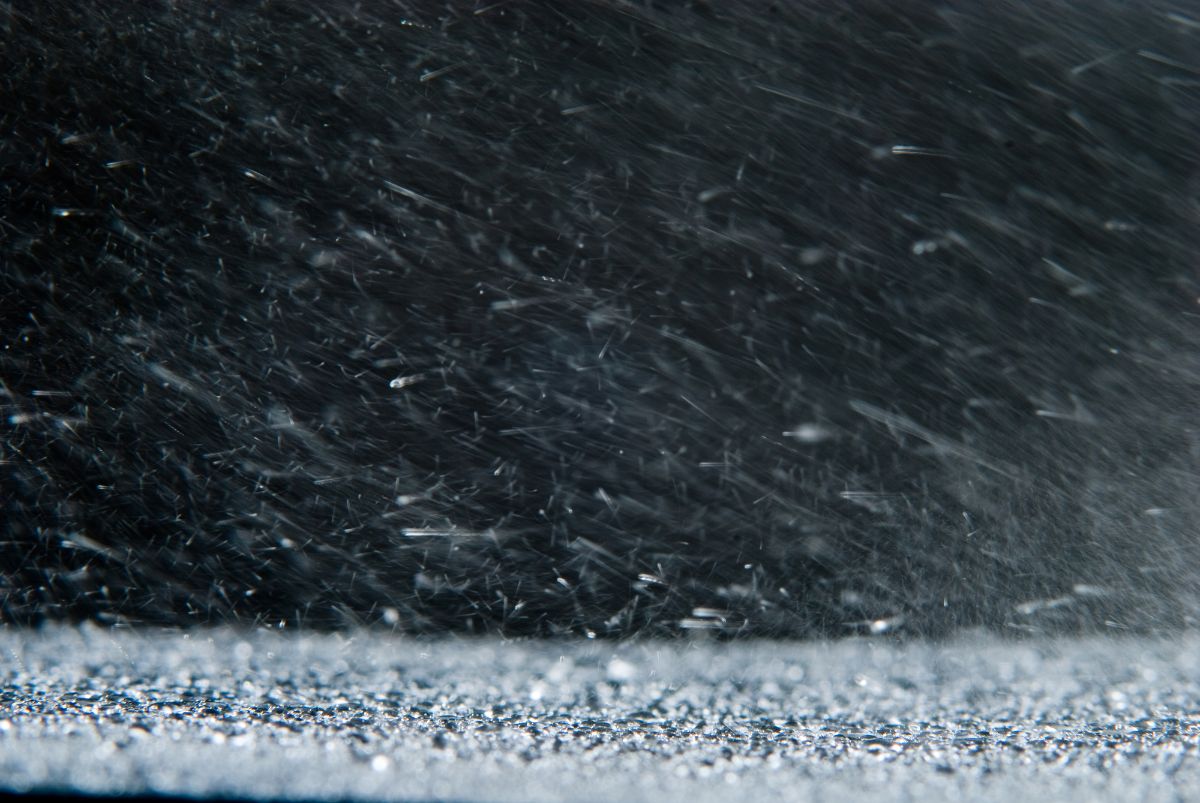 When water is too heavy to be as dainty as snow, but it’s still freezing outside, you get what is called rain snow. You’ve also probably heard it as sleet. As the rain and snow come down together, they layer the ground together.

It basically turns into a sheet of ice. Sleet is bad news for roads, since it can turn into black ice and you have no idea the roads are iced over. I broke my wrist in two places by slipping on black ice. It just looks wet. 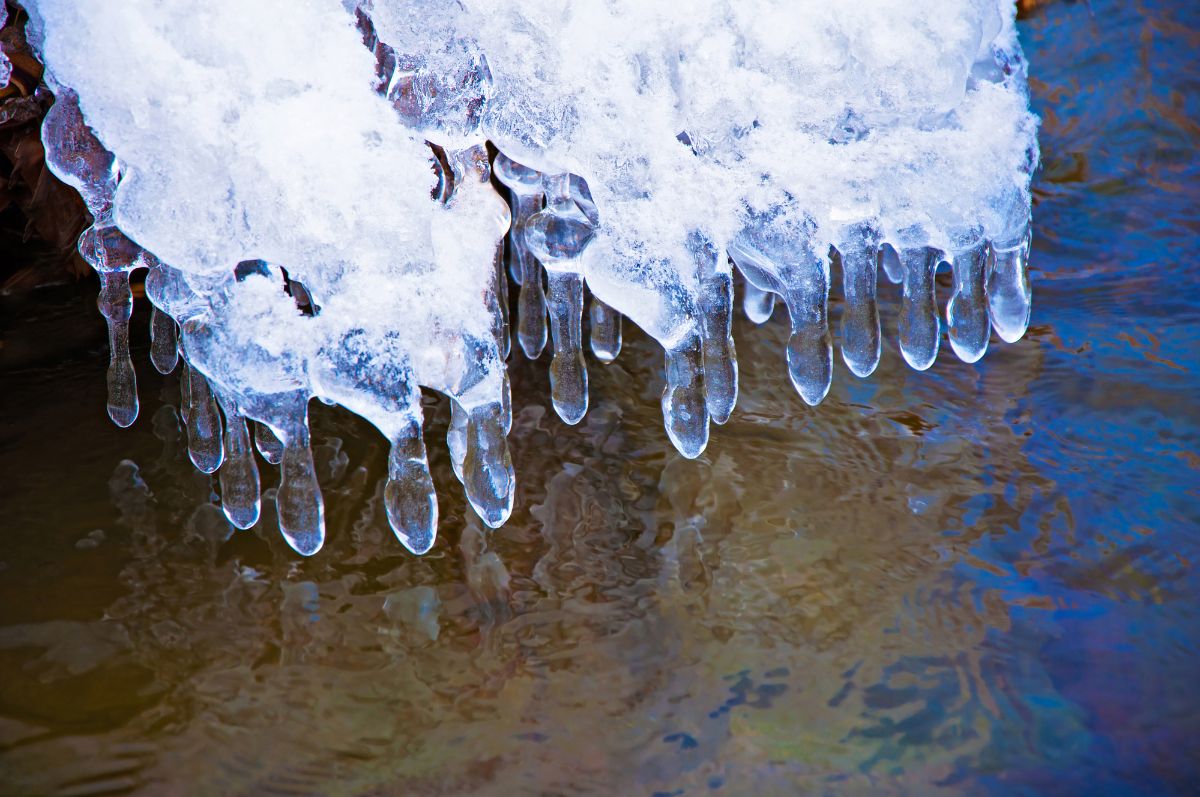 No, this is not snow that you can add flavor to and drink. Trust me, you would not want to ingest anything you scoop off of any surface. Slush ice does look a lot like what you get in a slushy drink, though. Minus the color, of course.

It’s basically ice and snow with water. You don’t really need much water to make it slushy. This is common when the ice starts to melt after a blizzard or winter storm. Ice melts from the roof and throws water on the ground, where it’s still solid ice and snow. 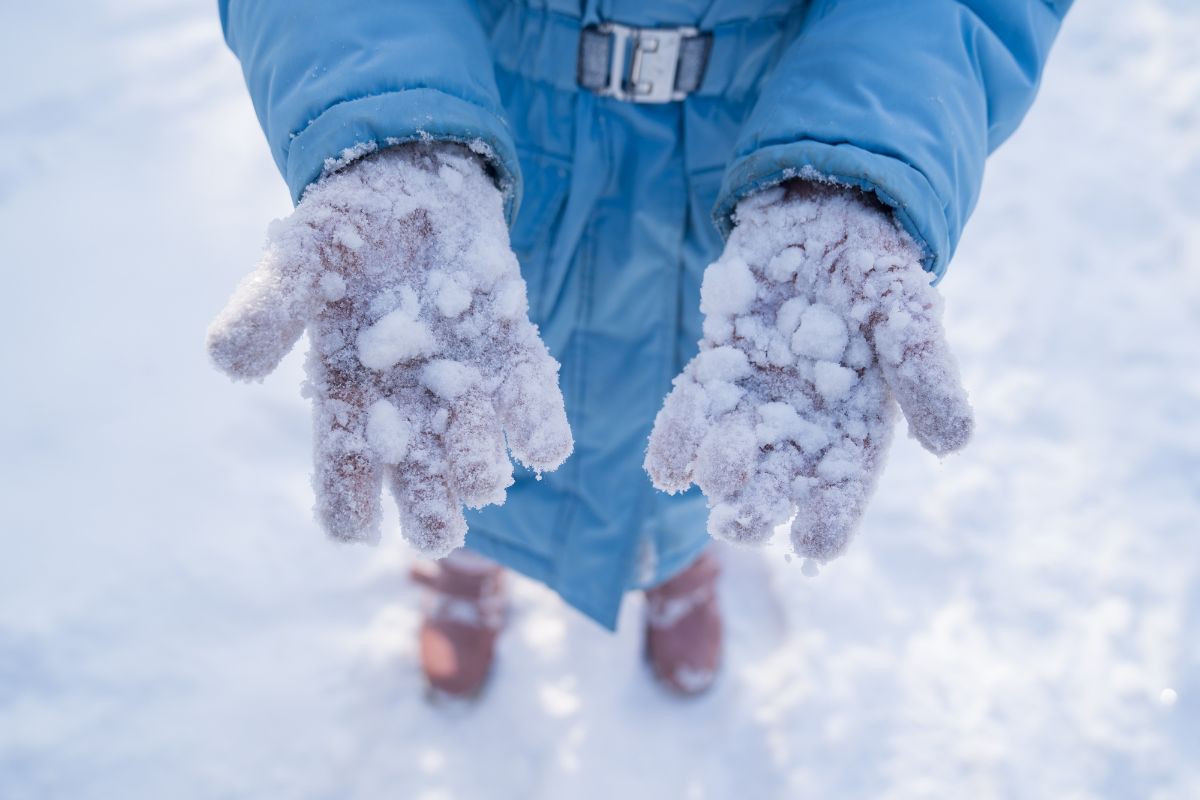 This snow comes in the spring and is also referred to as wet friction. Local Freshies explains, “It’s a fancy term that means there’s high moisture content in the snow ala sticky snow. Threads of water called capillaries attach to the base and slow you down.”

Since we know how snow forms and the various types it can come in, now we can learn more about how it gets here. Everyone knows when it’s freezing outside, the conditions are open for snow.

Aside from it being just cold outside, there are other factors that help make conditions perfect for a light, normal, or heavy amount of snow. 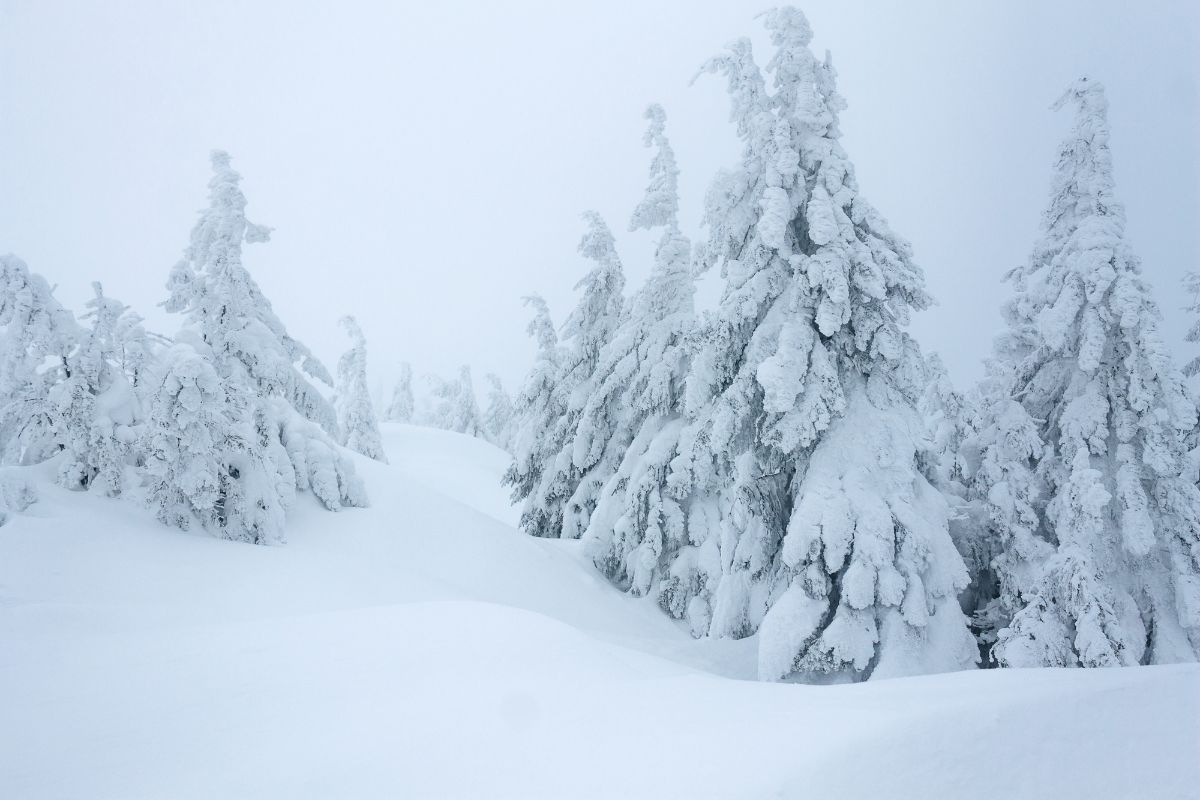 Wind is circling at a minimum of 35 mph in the midst of active snowfall. The danger is that with more wind and snow comes less visibility, creating snow blindness. Blizzards can be ongoing for hours.

When warm air is being switched out for erratic cold air that is followed by an extratropical cyclone. Get ready. 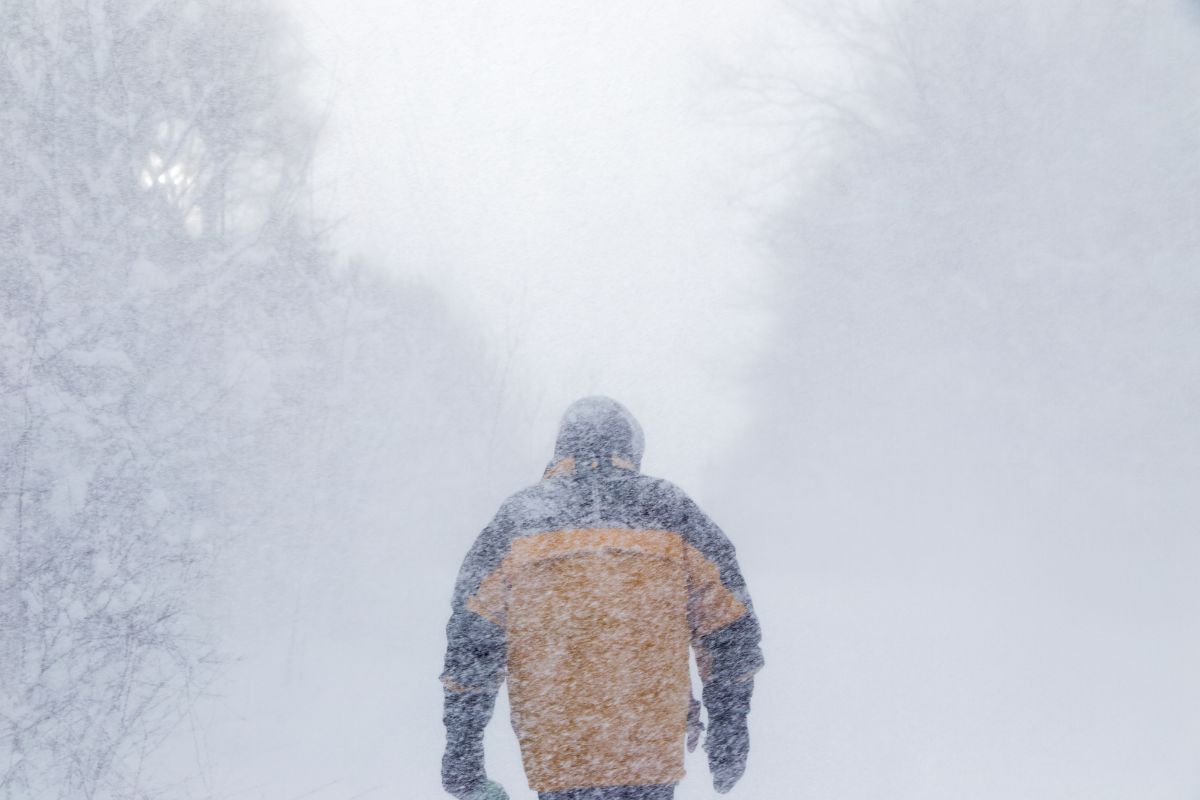 Wind is sweeping across the land from the northeast, also called a nor-easter. It continues across, pushing the cold air to the west, which is where the snow is likely to hit.

Cold air gliding across a body of water that is relatively higher in temperature than the air above it. Snow will be specific to the body of water, be it a lake or ocean. 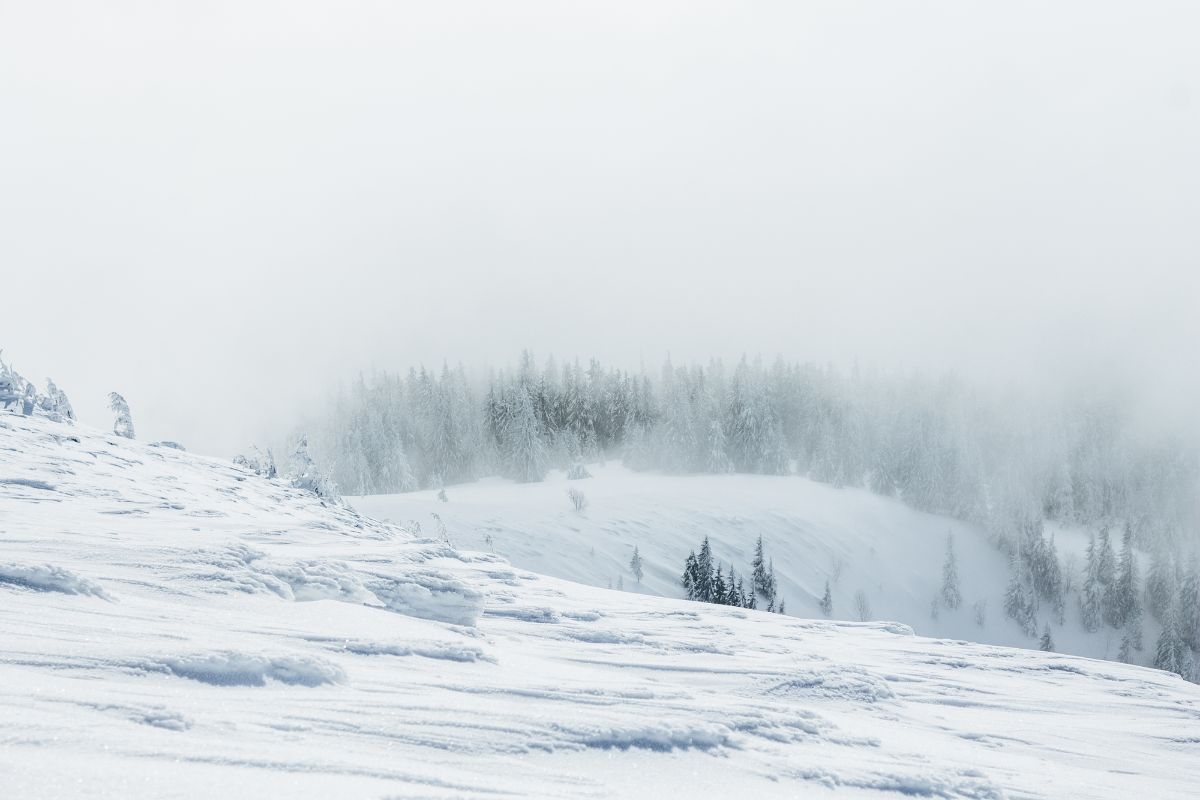 When air is gusted from a low point to a high point as it goes over the terrain. That air gets cold, fast. Precipitation follows due to a sudden rise in humidity. The dampness in the air mixed with freezing temperatures causes snowfall.

Light snowfall that happens in bursts due to just-enough levels of accumulation in the air mixed with freezing temperatures.

Regular snow mixed with bouts of harsh winds. Snowsqualls pass before you know it but will prevent any visibility for some time after. 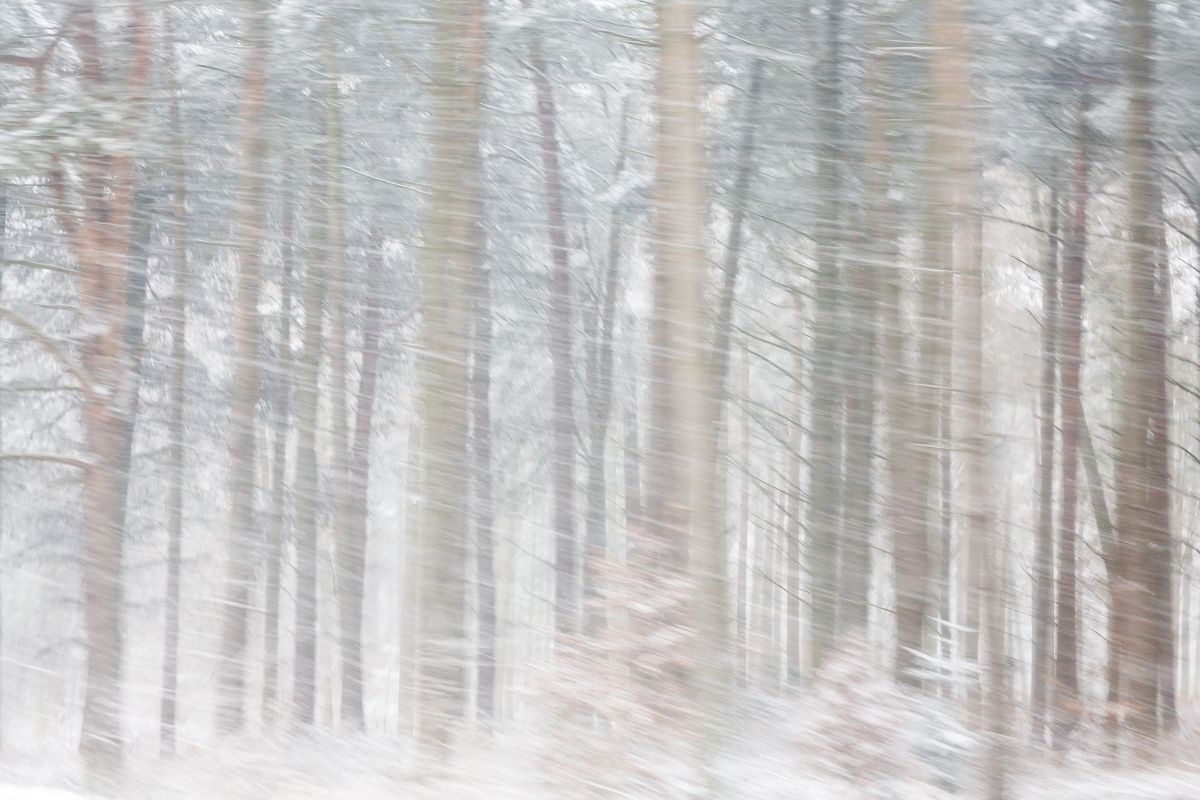 When a crazy amount of snow is so active that a storm is generated with thunder and lightning. These are very common near mountains and bodies of water.

See also  Can You Go Skiing at Night?

When an extratropical cyclone collides with warm air. There is a small window there with elements primed for snow. 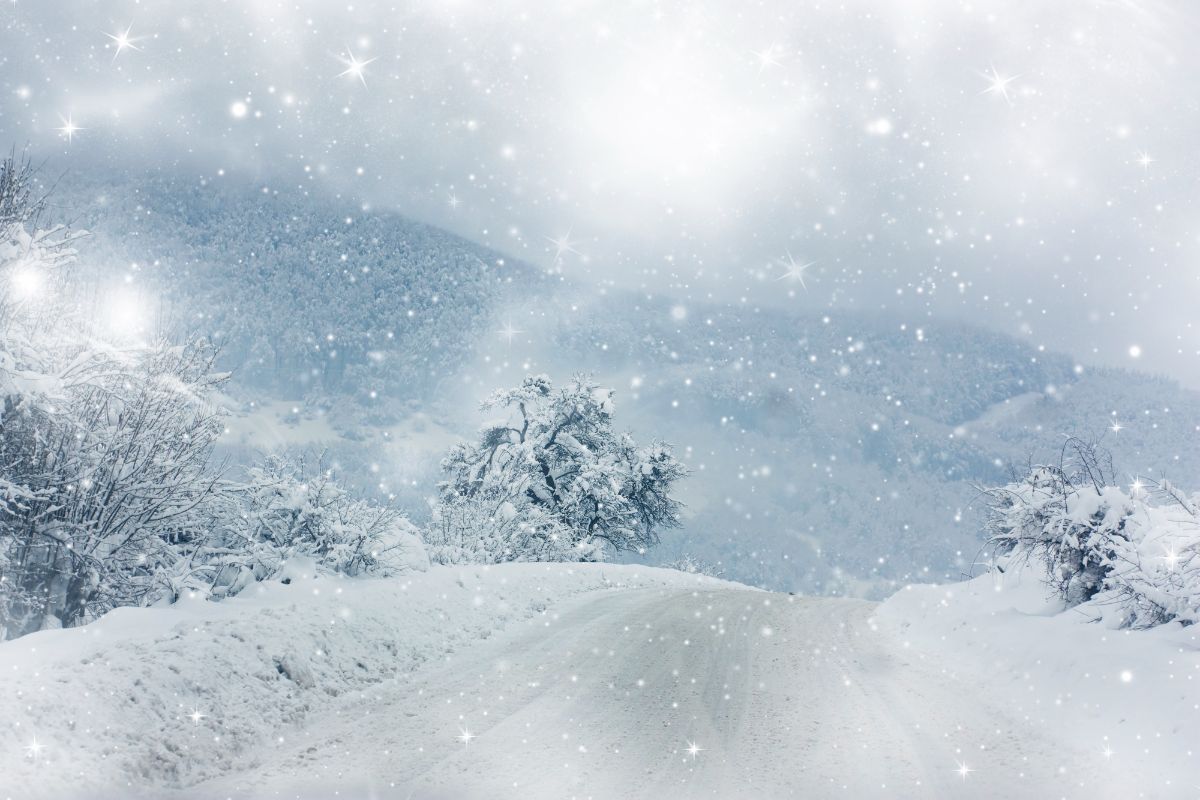 Throw together everything winter-related that can cause problems and possibly harm, that’s a winter storm. Included would be snow, ice, sleet, and extreme wind.

Just when you thought you knew everything you could about snow and how we come into contact with it, there’s still some info to share. Some of these you might know, some of these are obvious, but they’re all interesting.

1. In order for there to be something the ice can stick to, pollen or dust particles have to be hanging out in the air. That way, the ice can begin to form a plethora of shapes and sizes.

2. On average, it takes about 60 minutes for a snowflake to fall from the atmosphere to the ground. Most travel at about 2 miles an hour. That leisurely pace allows them to see whatever sights they can through a mostly white background. 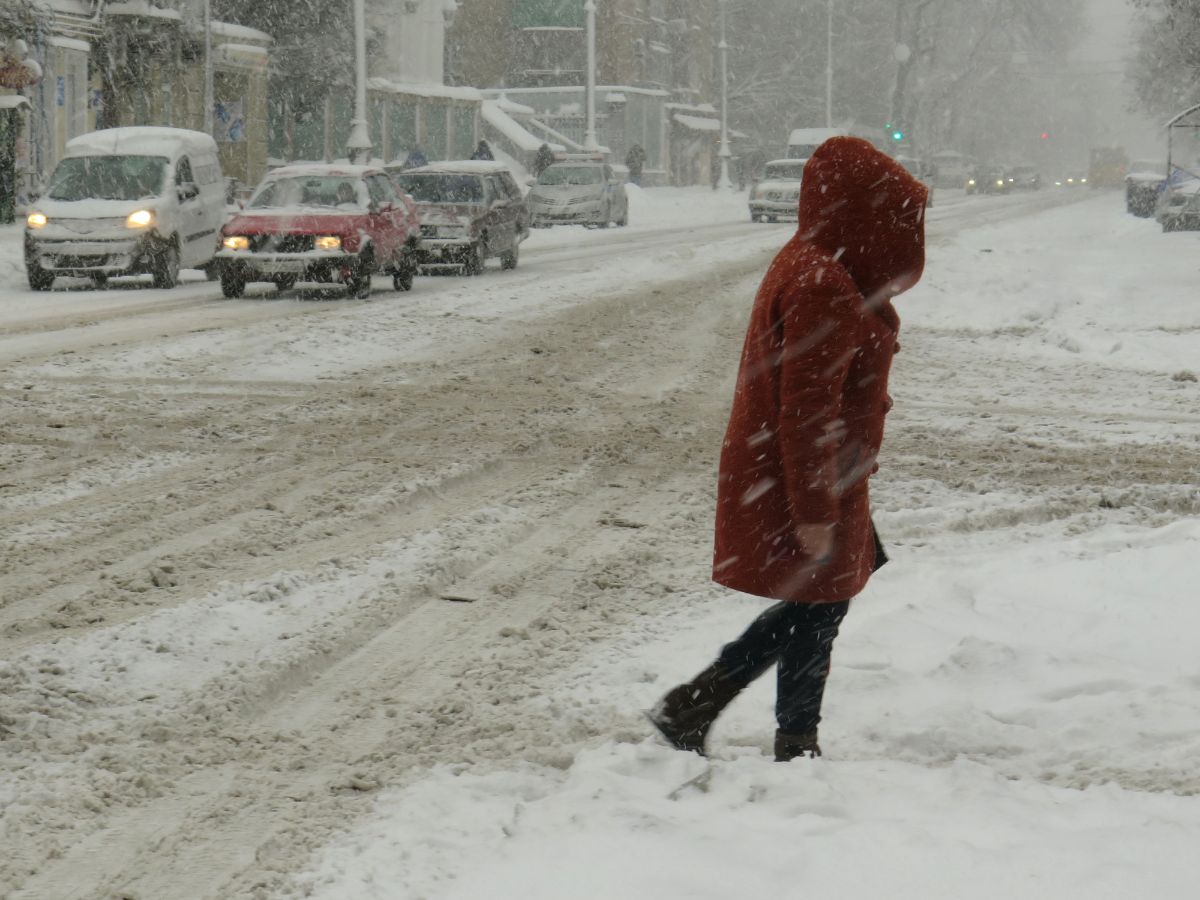 3. Like fingerprints, each flake has a shape that it alone can call its own. That’s mainly because of everything snow encounters as it heads south. Even two flakes next to each other get pushed around by the wind, therefore always hitting new elements. They are so meticulously made that a catalog exists depicting 35 general snowflake designs.

4. Similar to polar bears, snow isn’t actually white. Ice is completely see-through and since that’s what snow is made of, snowflakes are the same. What happens to change the way we see it has everything to do with the way light hits it. The visible spectrum is scattered across each crystal. The effect is white snow.

5. No matter how freezing it gets, there is never a time when it’s too cold for the moisture to accumulate in the air and create snow. There’s also no limit to how large the snowflakes can get. The largest recorded sample was over a foot across.

6. You know how quiet everything is outside after a solid snow? It’s not because everyone is inside looking out. Rather, snow takes in sound. So, when you walk on thick patches of snow, it sort of echoes in the silence as the crunch happens. On the other hand, ice reflects sound.

1. How cold does it need to be for snow?

Snow begins accumulating around 32°F, which is the freezing point. If the ground is warmer, the snow won’t stick but it could turn to ice later if the temperature continues to drop. In unique circumstances, such as dry air and no wind, it can snow a few degrees warmer.

2. What kind of snow is good for winter sports? 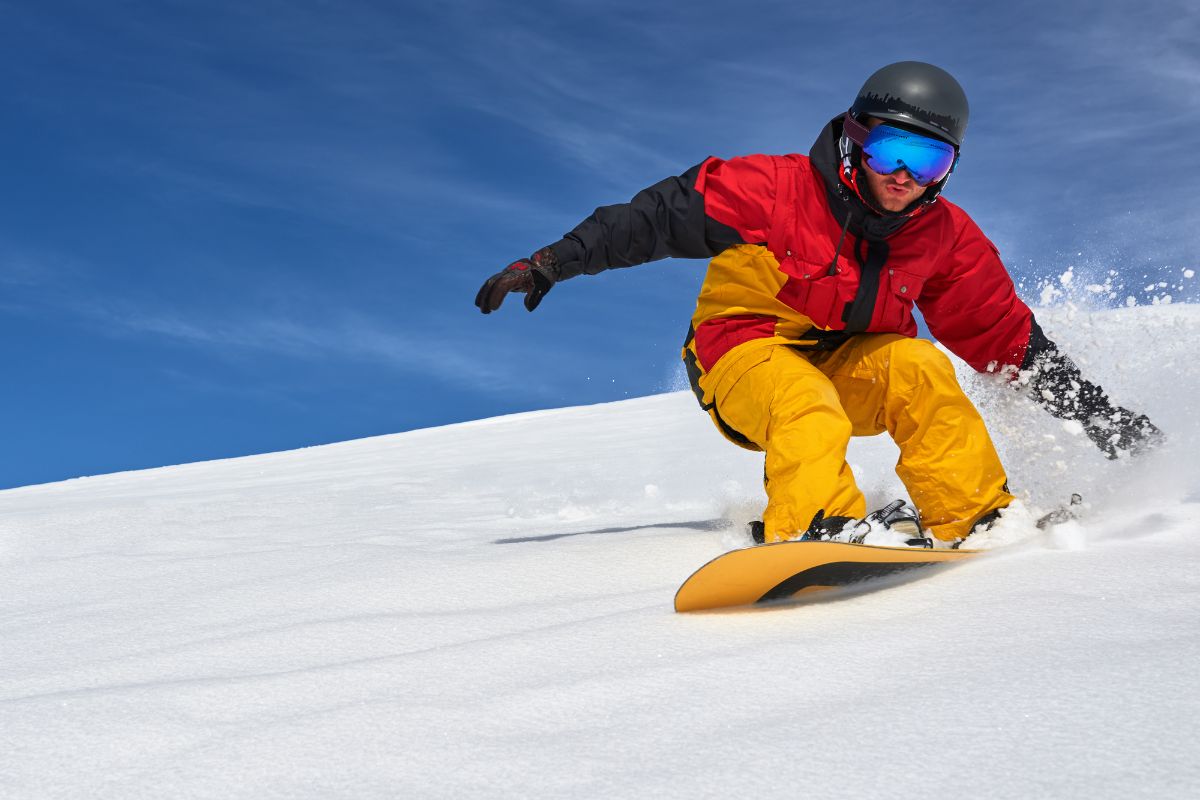 Dry snow. The reason is it has more grip when accumulated in mass quantities. That makes the trails and movement of the athlete on ice safer than when being active on wet ice. This is also the easiest ice to create for similar events, since synthetic snow only works in Hollywood.

3. What is the difference between wet and dry snow?

Dry snow happens when flakes fall toward the earth through the dry, cool air. That combination of ingredients creates a powdery effect. This is the optimal snow, the kind you think of when you imagine fluffy handfuls of it.

See also  How Do the Gates in Slalom Skiing Work?

When it gets just a sliver warmer, the snowflakes stay solid in the middle but start to melt around the extreme edges. That melt attracts other melty snowflakes.

Now you have fat flakes that work well with slipping. The wet snow is also good for connecting other snow together for building projects such as igloos or snowmen.